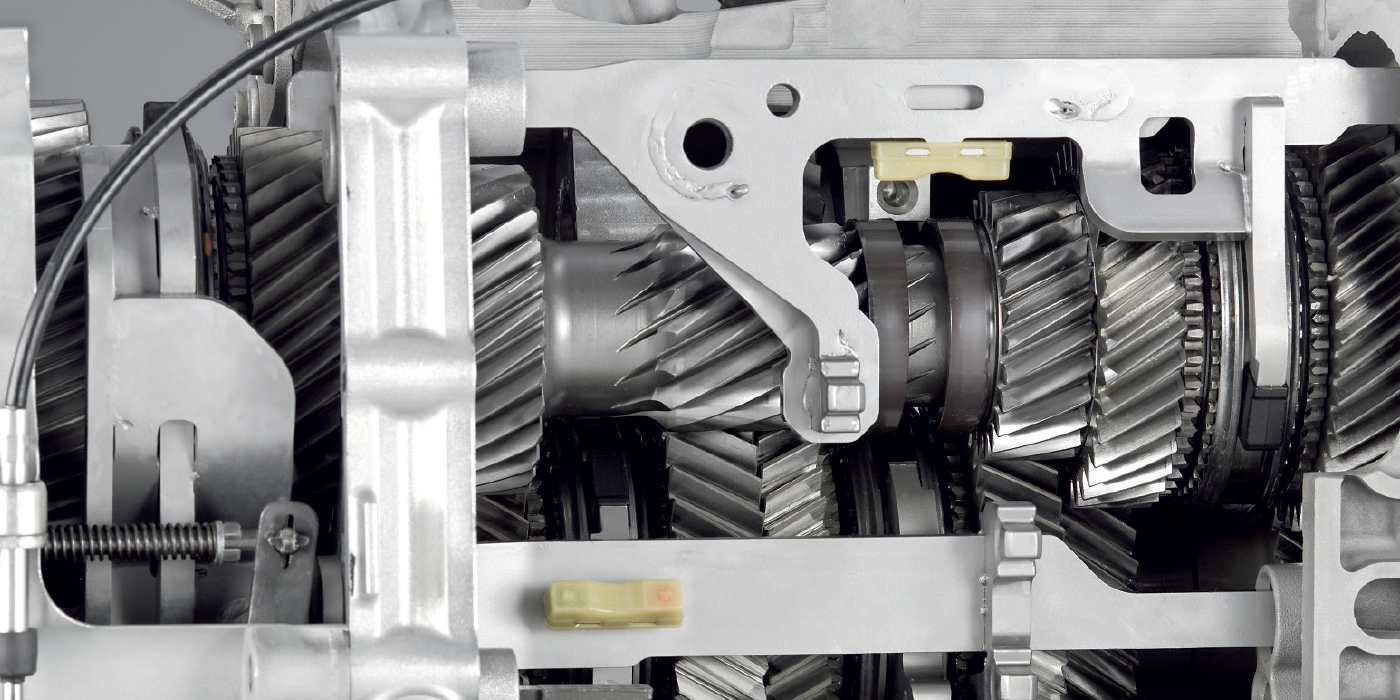 The phrase “dual-clutch transmission,” or DCT, can strike terror in the heart of some technicians. You will probably never deal with the internals of a DCT transmission like the gears, synchronizers and shafts. You will instead have to repair the external components that control the clutches and cool the fluid. But, understanding how the gears and shafts work together is essential.

A DCT transmission uses the gearing principles of a manual transmission. A DCT uses two countershafts with a gearset between the input and output shafts. One side has the odd-numbered gears and the other has the even-numbered. BMW calls the two countershafts sub-transmissions. Instead of a linkage connected to a shifter in the cabin, the shift forks are actuated by hydraulic solenoids. There is no clutch pedal; it is done with computer-controlled actuators. When up-shifted, one clutch is disengaged and the other engages, allowing for uninterrupted power delivery.

Like a manual transmission, the clutch or clutches are the weak points. Like a driver, the computer will slip the clutches to achieve the best engagement. BMW uses a wet clutch with separate inboard and outboard sections for the two sub-transmissions. It is a multiple clutch and has eight plates. The clutches are actuated with a special hydraulic slave cylinder controlled by the computer. The pressure for the clutch actuators is regulated at 260 PSI.

To control the clutch, the Mechatronic module is looking at many pieces of information. Piezo hydraulic pressure sensors measure the amount of pressure in the actuators for the two clutches.

When the clutch is actuated, it is also looking at data from the speed and position sensors on the crankshaft, input/output shaft and on the sub-transmissions measure the engagement event. The clutch assembly also has fluid temperature sensors to determine the performance of the clutch.

The computer is trying to strike a balance between smooth shifts and clutch longevity. The transmission module works with the engine control module to manage torque coming from the engine during launches and shifts. But, there are millions of drivers, environments and scenarios that the engineers never anticipated when they first wrote the software. Engineers can get a second chance at perfecting the clutch software with updates. Most BMWs with DCT transmissions have had updates to the software for the transmission control unit. Since BMW does not allow updates to a specific module, some reprogramming procedures can last up to 14 hours. Reprogramming should be sold with a DCT transmission repair.

Even after the reprogramming procedure, you will need to perform a clutch adaptation procedure that teaches the clutch engagement points for each clutch and saves the data in the MDCT control module. This procedure needs to be performed if the clutch or any internal components are replaced.

The clutch is attached to a dual-mass flywheel. The clutch is behind a cover in the bell housing. Inside the sealed housing is the gear drive for the pump. There are different repair options for the clutch. Some kits replace the entire housing that holds the plates. Another option replaces the plates.

Shifting is controlled by the DCT electronics/hydraulic module on the side of the transmission. The best way to describe the Mechatronic module is if an ABS hydraulic control unit and a transmission valve body had a child.

The normal operating pressure range is between 5-20 bar (72.5-290 PSI), although it can be increased up to 30 bar (435 PSI), if necessary, to maintain proper transmission operation.

At maximum shifting force, the pressure required to operate the selector rods can be the same as the operating pressure.

A carbon friction material is used for taper friction lining on all gear synchronizers. The gear set assembly is mounted on three bearings that are evenly distributed along the length of the transmission shafts. Selector rod position is monitored with sensors mounted in the Mechatronic unit. There are two sensors that monitor the park lock linkage. If the Mechatronic unit is replaced, a transmission adaptation procedure must be performed with a scan tool. The calibration procedure ensures that the neutral positions and mechanical end stops will be learned and saved in the transmission control module. There is also a service function for oil calibration for the temperature sensors.

Replacement DCT Mechatronic modules are available. The typical cost for a unit is $2,500 to $3,000. This is not a part you can make a guess with that it will fix the vehicle. If the unit is replaced, it will require reprogramming and adaptation relearns.

The transmission oil temperature is regulated by a thermostat that opens at 95º C or 203º F to move fluid through a cooler in the front of the vehicle. The system has a heat exchanger connected to the engine cooling system. The heat exchanger reduces warmup times and helps to stabilize operating temperatures. An electric pump exchanges the coolant between the engine and transmission. The optimal temperature is around 200º F.

The Mechatronic unit has three temperature sensors. One temperature sensor is positioned after the clutches and the other two measure fluid temperature lower in the transmission. The three sensors check the performance of the others. If the values are not within the set parameters, an implausibility code will be set and the transmission could enter into a safe mode. Transmission fluid is also used to cool the selector rods and have passages and jets that direct fluid on to the sub-transmission’s gears, synchronizers and bearings.

A BMW DCT transmission uses specific transmission fluid that it claims to be a lifetime fluid. The transmission has a filter in the pan that can be serviced. Some shops advise customers to replace the fluid every 50,000 miles, but some shops claim every 100,000 miles (the length of the drivetrain warranty). If you are wondering about the condition of the fluid, you can send a sample to an oil analysis laboratory like Blackstone.

A BMW DCT transmission has failure modes that will restrict engine torque and change the shift points. The most common trigger for these events is an unexplained increase in fluid temperature in the pan or at the clutch fluid outlet.

This mode can be caused by extreme driving conditions like towing or performance driving with hard launches. Other possibilities are faults with the temperature sensors or an issue with a slipping clutch generating excess heat.

Control Message 105 is a red light on the dash that is triggered when the transmission overheats. The engine torque is greatly reduced. The current gear remains engaged until the driver reaches a standstill. At that point, the parking lock is engaged. The engine will remain running so the pump can circulate fluid to cool the transmission.

Other faults for the transmission are caused when pressure readings exceed or fall below specifications. Some codes may not change operation of the transmission and will instruct the owner to visit a BMW Service Center. Under some conditions, the transmission will be able to use only 2nd gear and reverse. If one of the clutches is blocked or a shift selector can’t move a sub-transmission, it will change the shift pattern.

Most of the time the transmission will try to reduce temperature and leave the option of using 2nd gear or reverse to help get the vehicle off the shoulder or into a shop.

The DCT is currently being used on every BMW ranging from the 2 Series to the 6 Series. Do not fear repairing or diagnosing these transmissions. Most of the issues can be resolved with a good scan tool or scope. 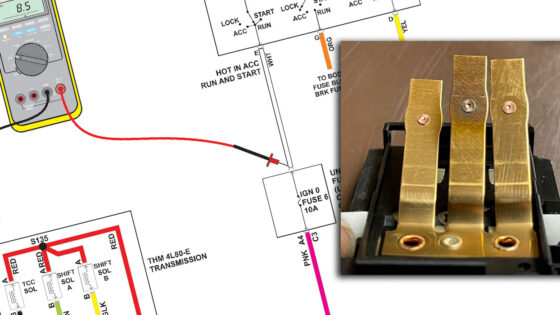 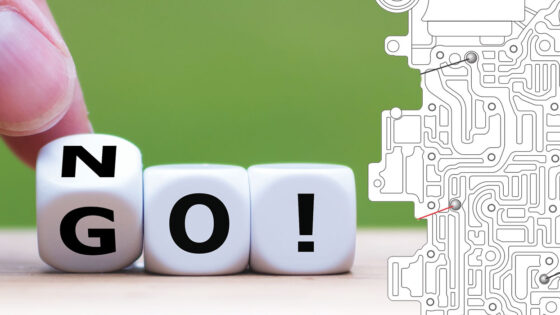