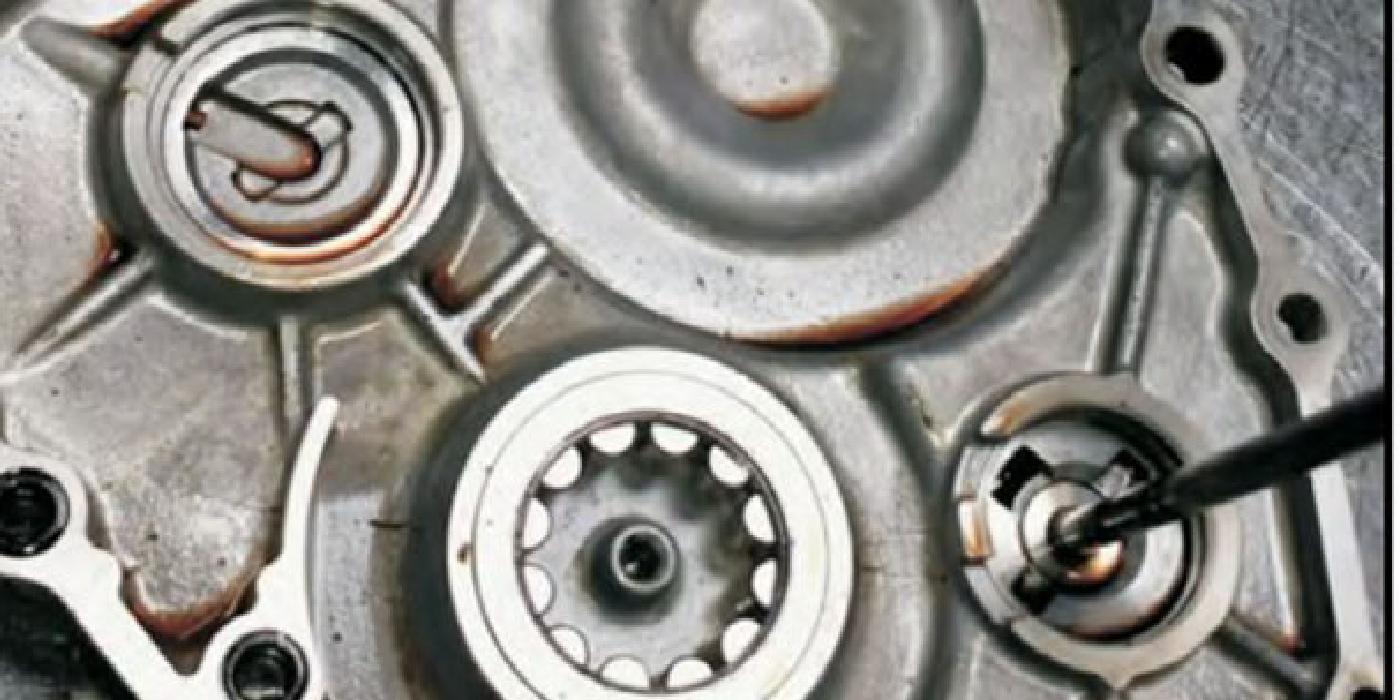 Assisting in the support of the mainshaft is a bearing that is pressed into the aluminum rear cover (Figure 1). A combination of load and vibration causes the bearing pocket to wear in the cover. This compromises the mainshaft’s centerline affecting gear mesh producing a frequency described as a whine.

With the bearing being pressed into the cover, it should not come out or fall out easily (Figure 2). In time, the wear can become so excessive it will cause severe damage to the transmission. But when it’s in the early stages of wear, it produces the whine. The tip here is that the bearing should not come out of the cover easily. Keep in mind that many 4 and 5 speed transmissions from 2001 to 2007 in other Honda vehicles may be affected in the same way.

Replace the cover and bearing.

A 2005 CRV using a 2.4L engine with an MKYA five speed transmission came into Delaware County Transmission in Havertown PA with severe damage. A replacement transmission was ordered and installed.

After which a P0983 code for an open solenoid D circuit is immediately stored upon start up. When an inspection was made to check the circuit, it was discovered that solenoid D was missing.

The replacement transmission arrived with the identification tag on top of the transmission missing. But the transmission looked the same as the original and it bolted up to the 2.4L engine with no issues. Nor were there any problems with speed sensors and electrical connections. But with the discovery of a missing solenoid D, it was also discovered that they inadvertently installed the wrong transmission. What they did receive was a unit from a 2004 CRV 2.4L which is an MCVA transmission. The 2004 is a 4-speed unit with 4 solenoids while 2005 and newer is a 5 speed unit with 5 solenoids.

There are some 4-speed harnesses where terminal 8 is empty. This can be a quick way to identify a 4-speed unit from a 5-speed unit should the ID tag be missing. But if there is a pin at terminal 8, the cover will need to be removed to see how many solenoids are present. Pin 4 in the 8 terminal connector is empty for both the 4- and 5-speed units (see figures 3 and 4).

A 2007 Acura MDX 3.7L V6 using a BYFA 5-speed automatic transmission comes into the shop with DTC P1744 stored in memory. The definition of this code is as follows: Problem in Shift Control System; Shift Valve E Stuck ON. Many manufacturers refer to shift solenoids as a shift valve. Given the definition of it being “Stuck On,” the tech goes to locate shift solenoid E for inspection and no such solenoid is found.

Shift Valve E needs to stay in the closed position for 1st, 2nd and 3rd gear. Shift Solenoid A assists the spring in keeping the valve closed in 2nd and 3rd gear. Shift solenoid B strokes the valve in 4th and 5th gear. If the valve does not stroke, 5th gear will be un-attainable. If the valve is stuck in the stroked position, the vehicle will take off in 5th gear instead of 1st. 3rd gear is affected also should this valve be stuck in the stroked position.

The most common cause producing this code is a stuck shift valve E located in the secondary valve body next to the manual valve (Figure 6).

Advertisement
In this article:Automotive Technical Newsletter

November 2019 Issue
Connect with us 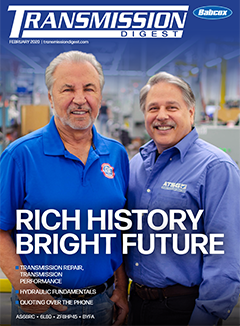 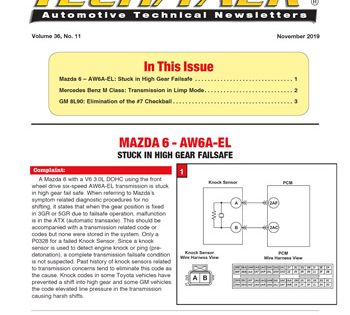 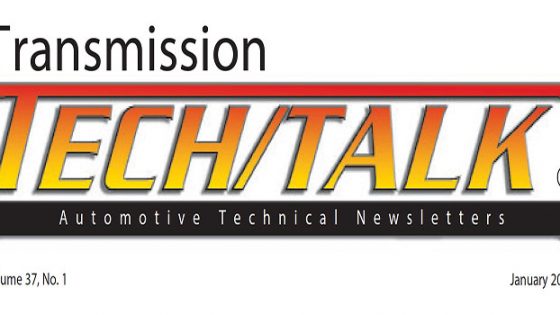 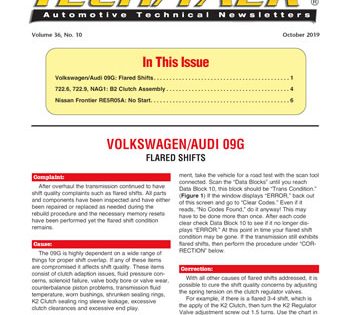 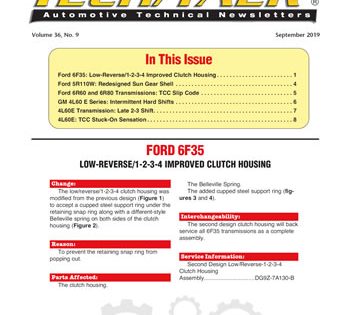