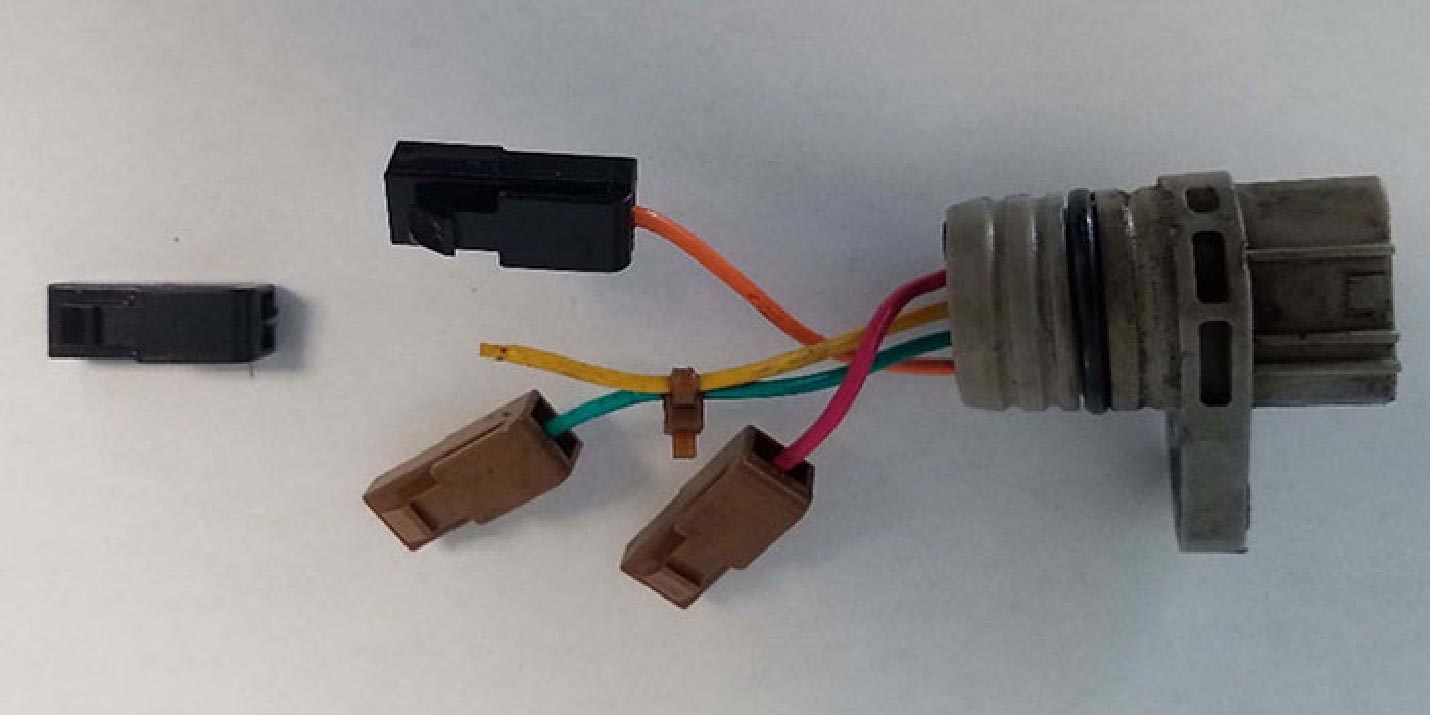 One of ATSG’s long time member and good friend Dano from Dano’s Transmissions shared some information with us concerning a 2007 Acura MDX and the like (5 speed BFYA family). The vehicle came in with a variety of shift complaints. By performing a complete health check of the vehicle, code P0974 was pulled for an open in Shift Solenoid Valve A Circuit. When the code was erased, it would set immediately upon start up confirming it being a hard code with a definite wiring problem.

By doing a resistance check of the solenoids at the transmission connector, pin 3 for SSVA was found to be open. This immediately eliminated an external wire problem. After removing the solenoid cover, SSVA was unplugged and checked for resistance. It measured within factory specifications at 22 ohms.  Having now eliminated the solenoid, the small pig tail wire lead from the transmission connector to the solenoid became suspect. The specific internal wire color for this solenoid is yellow. By visual inspection it looked good. But Dano gave the connector end a little tug and the connector came right off (Figure 1).

This could be repaired but Dano chose to acquire a new harness to prevent any further problems with the other connectors.  A new harness lists for 84.87 and costs 67.90. The part number is 28360-RDK-003 (Figure 2). A simple and fast repair that was the result of a simple and fast logical diagnostic approach to diagnostic code P0974.

In this article:BYFA, Technically Speaking

The Long and Winding Road Test

The Future of Heavy-Duty Truck Transmissions

Another 62TE 'No-Move' Possibility
Connect with us

The Future of Heavy-Duty Truck Transmissions

The Long and Winding Road Test