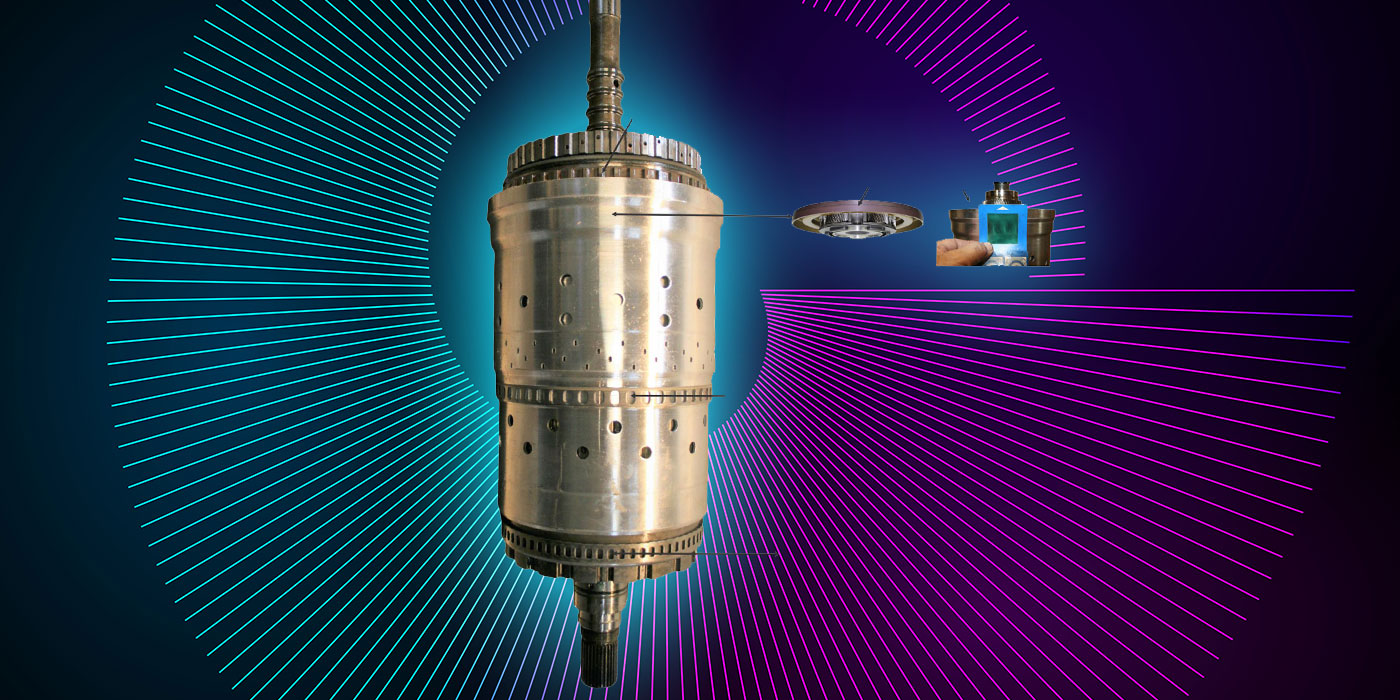 A 2018 F-150 Raptor using a 3.5L EcoBoost in front of a 10R80 transmission developed a noise at the rear of the transmission. The shop eventually diagnosed this as a rear case needle bearing failure. When road tested after repairs, the computer detected gear ratio errors immediately. This took the shop through a time-consuming process before discovering a simple error in the rebuild that caused this problem.

The 10R80 utilizes four spend sensors, as figures 1 and 2 show. Mike Souza wrote about these speed sensors for Transmission Digest in an excellent January 2019 article entitled “Ford & GM 10R80/10L90 Speed Sensor Functions.” I highly recommend the read as it is quite informative concerning the functions of these internally mounted hall effect sensors. To accompany this article, here is what Ford offers in their functional explanation of these four speed sensors along with a brief explanation of their strategies.

Intermediate speed sensors A and B

The Intermediate Speed Sensors A (ISSA) and B (ISSB) are Hall-effect type sensors that provide a signal to the PCM that changes in frequency as the rotating speed of the component being monitored changes. ISSA monitors the speed and rotational direction of ring gear 1 and ISSB monitors the speed and rotational direction of planetary carrier-1/ring gear 4. The intermediate speed sensors are used to monitor clutch states for transmission fault detection and diagnostics.

The error made by the shop could easily happen to anyone without reference materials to refer to. Many techs have learned to take pictures with their cell phones when working on a unit for the first time to keep them out of trouble. In this case, the unit was disassembled and repaired without taking any pictures. So, when the tech installed the speed sensors into the case, he accidently installed the Output Speed Sensor (OSS) into the Intermediate Speed Sensors B (ISSB) location and the ISSB was placed into the OSS location (figure 3). This caused the harnesses to be inserted into the wrong connector (figure 4). In essence, these two sensors became cross-connected. When these sensors are placed into their correct positions, they cannot be cross-connected due to the configuration of the connector ends.

Here is a list of the gear ratio DTCs that this 10R80 can produce, as well as speed sensor performance codes. Be careful with gear ratio code for seventh and ninth gear if you are dyslexic!

Technical: The ins and outs of the Hydraulic Selectable One-Way Clutch