When you spend time talking to transmission repair shops, you’ll hear a lot about the importance of family. Transmission shops, after all, tend to be small and specialized, so it follows that many of them are family-owned and operated.

Rare is the transmission shop, though, that is 100% family staffed. But that is the case for RAMM Transmission in Raymore, Missouri. The shop is owned and operated by Jeff and Trish Malson, and their daughter, Terra, is the shop’s transmission builder. The second-generation business was started by Trish’s father, Robert Brauner, in 1989 (then known as Brauner Transmission). When he retired in 2011, his daughter and her husband took over.

RAMM is a three-bay shop that builds four to five transmissions a week and specializes in transmission repair—automatics, manuals, transmission cases and differentials make up 100% of RAMM’s repair work.

One of the more unique aspects of the shop is Terra’s role as the builder – a role she began learning as early as age 14 and now, at age 23, performs full-time.

As her father recalls, “One summer when she didn’t have much going on in between school years, she decided to come up and just hang out with me. So I had her start tearing down some cores. We had some 350s come in so I had her tear them down and clean them up, and then she built them while I just stood there and watched and helped her. It got to where she was coming to the shop just to hang out and help out whenever she could. We’d tear the transmissions down together, she’d wash them up and we’d both put them back together.

“Then after she graduated she wasn’t quite sure what she wanted to do so she decided to come up here. One thing led to the next, and she was really good at building,” Jeff continues. “She was a natural. So she just took over the building process completely. In the last five years I’ve maybe built three or four transmissions. She’s got me kicked out of the building room completely.”

As Jeff says, there’s no better teacher than being around something your whole life.

“I think she’s got a better eye than I do because she sees stuff and replaces stuff that maybe I would go past,” he elaborates. “She’s really clean and thorough and really organized, which is one thing that I taught her was really important. I’ve tried teaching some other people before but sometimes they’ll have bad habits already and it’s really hard to get bad habits out of someone once they’ve learned them. Plus it’s so difficult to find anyone in the transmission industry. It really all worked out perfectly.”

With Terra in place as the full-time builder, Jeff focuses on R&R and he and Trish both tend to the business side of things, with Jeff running the front of the shop and Trish answering phones and doing the books.

The importance of community

Community is very important to RAMM Transmission as well, being based in a small Missouri town (Raymore has a population of 19,206).

“Most of our business comes from customer referrals and we are well known in our community,” Trish says. “We feel that our business has been blessed, especially in the last couple of years during the Covid pandemic.”

RAMM Transmission certainly does seem to be a valued part of its community, not just a faceless business. It’s not every transmission shop that has a Cheers-esque cast of regulars who come in every day to hang out, but according to Jeff, that’s what happens.

“I’ve got a couple of old guys that come in just every day, like we’re the barber shop or something,” he says. “Our shop is in a really small little town, Raymore, and we just got to know everyone and everyone knows our quality of work. We get people bringing us food and cookies and cakes all the time, and we’re just sort of part of the community.” 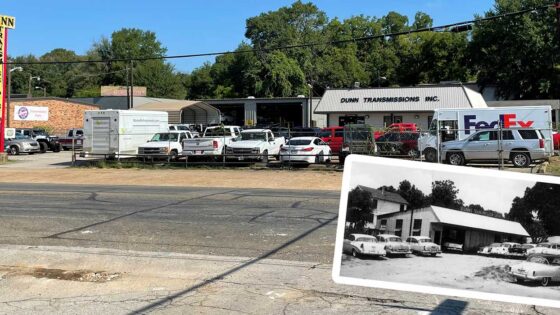