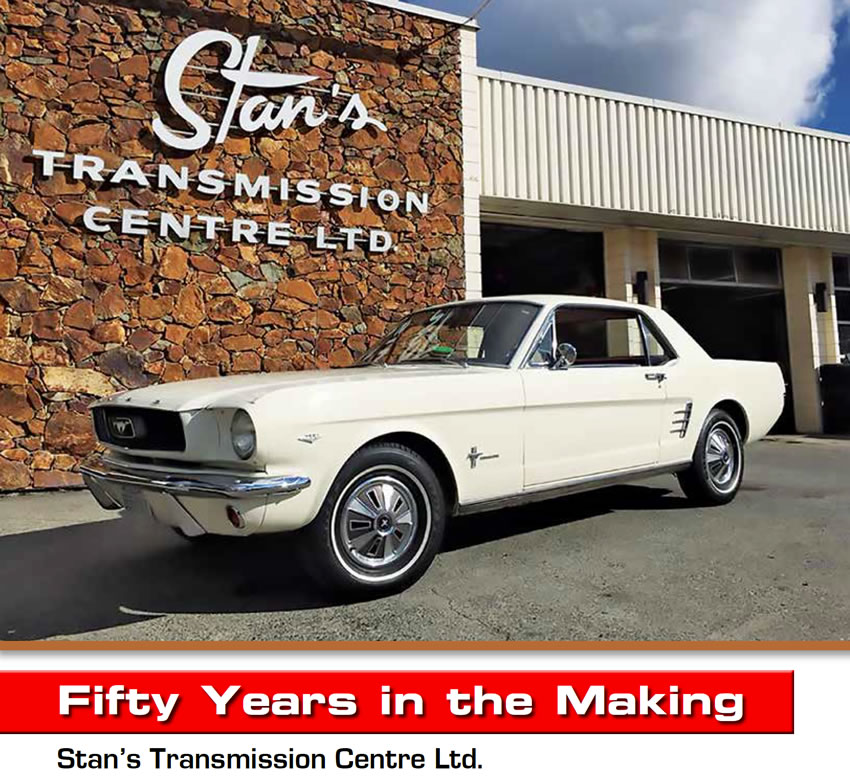 If you’re a citizen of Vancouver, British Columbia, you probably know which places of business have the best reputation.

After all, most good citizens would stay informed on where to go to get the best deals.

You also might know which places of business have been around the longest. It might often seem that these two details intertwine: the best service, the best reputation, often seem to come from the oldest businesses.

Such is the case with Stan’s Transmission Centre Ltd., of Vancouver, a six-bay transmission repair shop, which has been around for more than 50 years, according to the shop’s website, and is owned by Jim Lasher.

But why is it called Stan’s and not Jim’s?

“Stan’s Transmission was started in 1964 by Stan Bulietta. We are entering our 55th year of operation. Stan retired 10 years ago and sold the business to me; I have worked at Stan’s for the last 30 years,” Jim said.

The shop currently employs seven employees, all of which have been around for a long time, Jim sais. The one who’s been around longest can actually claim a 25-year tenure with Stan’s.

“Our manager Randy Hunt has been with Stan’s for almost 25 years and other employees have been around 10 years,” Jim said.

Jim explained the importance of producing a good service in his community, and moreover, that when one does produce a good service, and when one develops a solid and positive relationship with the community, one doesn’t even need advertising.

“Our business motto is simply to produce a good product at a fair price and stand behind it . We do not pay for any advertising, all of our business is referred or return customers,” Jim said.

So how do they get any real business without advertising?

“Referrals are from general automotive shops, dealers, and past customers , we have noticed that a lot of customers that have been referred also [on] google reviews and Yelp ratings,”Jim said. The reviews of the shop online are largely positive and glowing, and it’s no small wonder: though the shop stays busy, Jim is passionate about his service.

And because of this business, unlike some facilities, Jim says that Stan’s Transmission doesn’t branch out outside of transmission work.
“We do not do any general automotive repairs. We are busy enough all day everyday not to do general repairs. We work 5 days a week and close on weekends. We work on automatic, standard, differentials, and transfer cases,” Jim said.

One might assume that a Canadian transmission repair facility, or indeed, any automotive repair facility, might have to deal with certain conditions largely unknown in the United States. But actually, according to Jim, Vancouver doesn’t get the blizzards like they do up north. In fact, it can be difficult to see this shop as being all that foreign, considering how close to the states it really is. It isn’t a sprawling tundra or a frost-bitten, snow-covered mountain range in far away mystical land of winter where cars are pounded by the conditions.

“Being on the west coast near the ocean our climate is moderate; we don’t get the snow in winter, very similar to Seattle which is 3 hours south of us,” Jim said.

But of course climate means little in the scheme of service. But in order to properly service and repair transmissions in a technological climate that is constantly changing and evolving, one has to stay current in procedures and information. Jim strives to keep Stan’s employees ahead of the game and up to date.

“Our employees will attend seminars for training and we use ATRA and other sites for technical resources,” Jim said.

Jim agreed that technology is speeding along just as fast if not faster than the vehicles that run on it.

“The change in the last few years from manufacturers is certainly a challenge, we went from 4-5 speed transmissions to 8-9 speeds in no time. Transfer cases went from shift on the fly to the computer adjusting the torque from front to rear,” Jim said.

Many shops struggle with this; staying informed and educated on the subject is sometimes like trying to grasp smoke, but Jim feels that his shop manages.

“We work on a lot of the German vehicles and keeping updated on the operation and programming has limited resources but we manage,” Jim said.

But at the end of the day, what truly makes Stan’s Transmission Centre Ltd. so successful is its reputation within its community.

“Our reputation is what makes Stan’s transmission the first choice for customers, we are the oldest and the largest shop in Vancouver,” Jim said.

Of course it is vitally important to be technologically savvy to run a successful repair or automotive shop of any kind, but Jim also understands the importance of community involvement. One doesn’t have to look far to find evidence of Stan’s transmission going out of their way to help out their neighbors. In 2016, around Christmas, the transmission shop changed a life in a very positive way, and was featured on the local television news station for their efforts.

The shop had a loaner car (1991 plymouth Sundance) they had lovingly nicknamed “Betty White” because of its age, color and reliability. They decided to take the time and money to really fix Betty up, and then announced they would be giving Betty away.

People in the area sent in nominations and stories for friends and family they thought deserved the car.

Stan’s Transmission then put the most worthy contenders in a hat and then drew a name. What was the name?

Hannah Mcleod. Her mother had nominated her, explaining to Stan’s that Hannah was a hard-working single mother of 21 years old whose car had been totaled by a drunk driver and that she lived in an area without public transportation.

In the Television coverage of this story, filmed by CTV News Vancouver, Hannah and her young one are seen, all smiles and hugs for Jim and the crew of Stan’s Transmission.

The simple concept of “paying it forward” when it comes to acts of kindness is easy in theory, but it’s always nice to see those who actually follow through with such a philosophy.

This act of giving away cars is now a staple of Stan’s Transmission, and likely a major draw for customers who wish to work with a shop known for its philanthropy.

So what does the future look like for Stan’s? Well, it begins with a little more space.

“We will be relocating later this year to a larger location. Increasing from 5500 square feet to 8500 square feet. The prices for real estate has go through the roof. The property we are in has tripled in 7 years from 3 million to 11 million. A lot of automotive shops are closing down or relocating out of the city. We have been throwing out all the parts for transmissions from the 50,s to the 80,s to make room for the future,” Jim said. 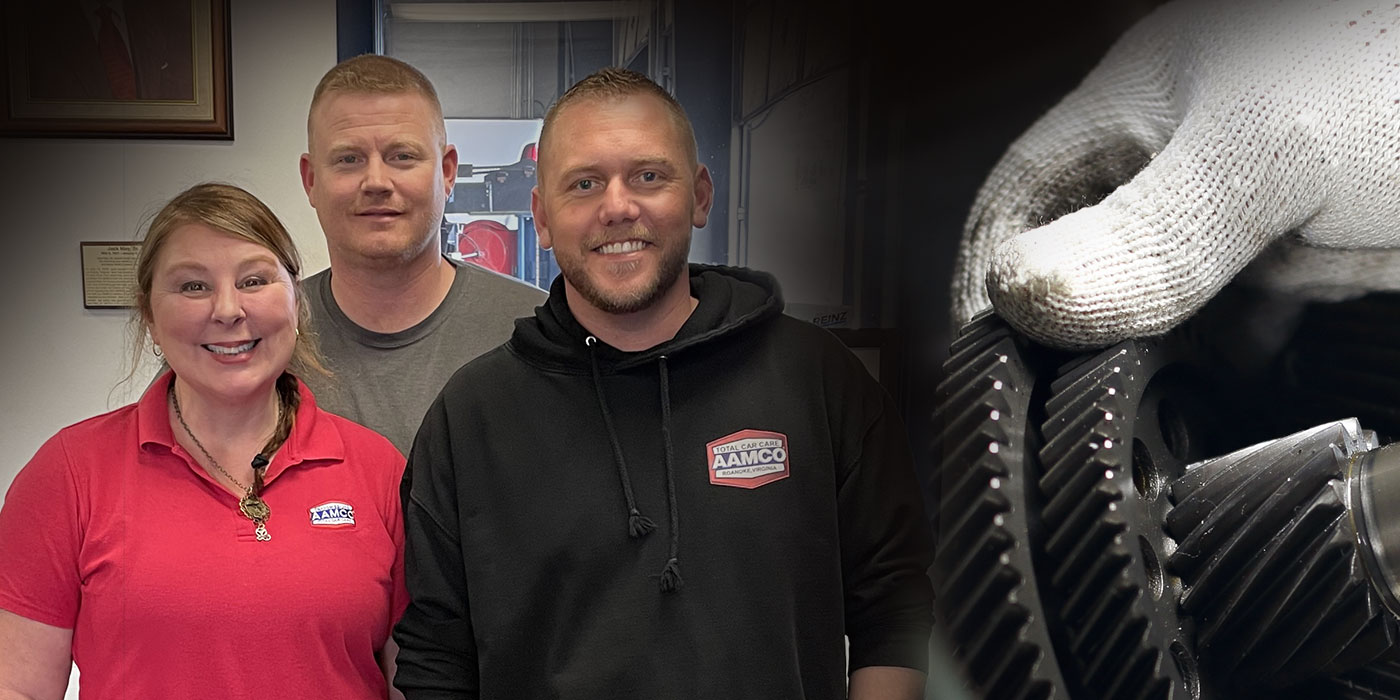