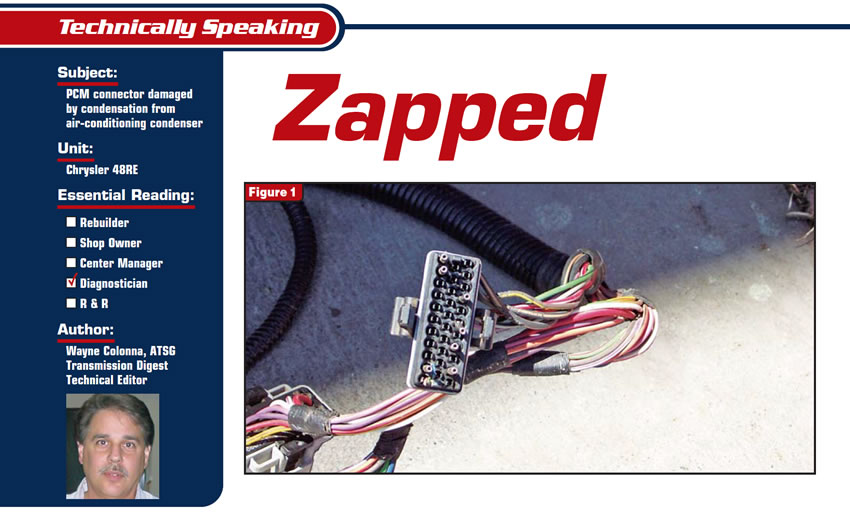 There are many ways one could be “zapped” by electricity, and one way that it happened to Jesse Zacarias from Elec-Trans Diagnostics in Gilroy, Calif., goes like this. A 2003 Dodge Ram truck equipped with a 5.9-liter Cummins diesel and a 48RE transmission came into his shop with a complaint of taking off in 3rd gear. The park and neutral gear-select indicator lights were the only ones that would illuminate. With any scan tool, Jesse could retrieve a code P0700 (transmission fault present) from the engine-control module but could not communicate with the powertrain-control module for the transmission.

He verified that the PCM was not grounding the relay circuit pulling voltage from pin 1 at the transmission connector, which means it was in failsafe. Power and grounds were verified by back-probing the C1 connector in the PCM.

At one point during this pin-point check at the PCM, Jesse had his positive lead probed into the #30 terminal in the C2 connector to monitor the PCM’s control of the relay. This is the circuit from the relay that the PCM grounds to energize the relay coil, which in turn snaps internal contacts together to send power down to pin 1 at the transmission connector, supplying power to the OD, TCC and governor solenoids.

He decided to pull the lead from his meter while the other end was still connected to wire 30 in the PCM, and he tapped it to ground. When he put the lead back into his meter he saw 0.1 volt, which meant the circuit remained grounded by the PCM. He took it for a road test and it shifted, the PRNDL lights returned to normal, his scan tool could access the PCM and he had no codes.

Once he cycled the ignition, all his problems came back. And he could repeat tapping the #30 wire in the C2 connector and the computer would hold the ground and work flawlessly. So he concluded that his PCM was faulty and bought a new one, and guess what happened – you are absolutely right! Something similar must have happened to you. He still had the exact same problem.

After pulling the connector apart he realized what had actually happened. The air-conditioning condenser is mounted right next to the PCM and C1 connector (figures 1 and 2), which allowed for condensation to seep into the connector and compromise the wire connecting to the terminal. Jesse bought a wiring harness for $155, and the problem was resolved – that is, until the condenser gets it all wet again, and over time it may find itself in your shop for the same problem. Will you get zapped the way Jesse did?

Connector repair kits are available from the dealer (figures 3-5). The part numbers are: 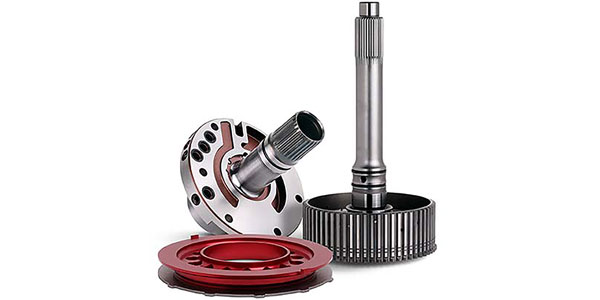