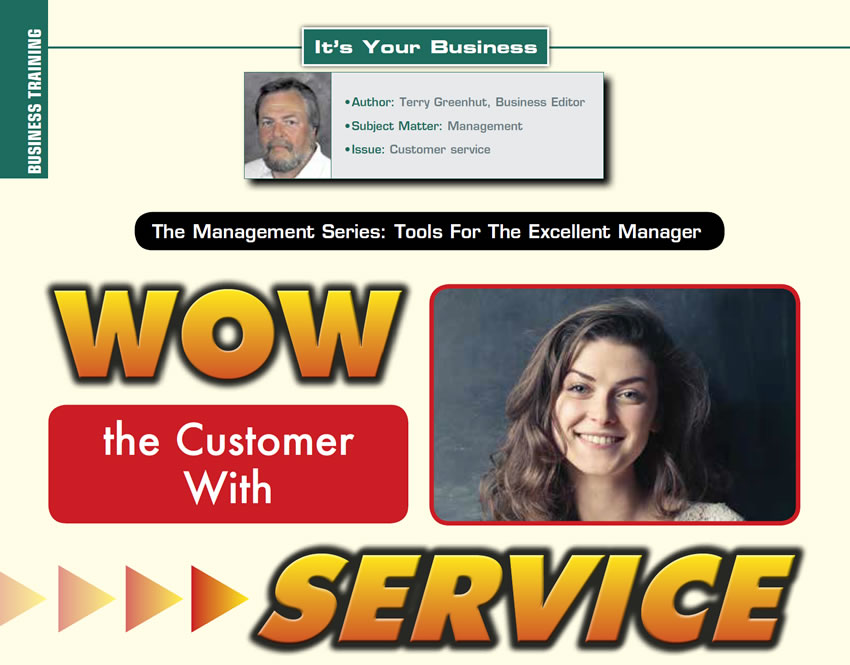 I’ve always been a big believer in wowing customers with a type of service they aren’t used to and don’t even come to expect anymore.

THE MANAGEMENT SERIES: TOOLS FOR THE EXCELLENT MANAGER

I’ve always been a big believer in wowing customers with a type of service they aren’t used to and don’t even come to expect anymore.

Being kicked around enough by companies that seem to want to make it as difficult as possible for customers to get service under warranty, to return a defective product or get some kind of credit when the company or its agents screw up is almost complete frustration. Add to that not being able to understand the customer service person on the other end of the line who is obviously based in a foreign country and is reading from a script and you’re pretty close to receiving the entire package. But wait, there’s more. If you ask to speak with a manager or someone in the United States you are placed on hold for at least five minutes and then someone who sounds amazingly like the person you were originally speaking with gets back on the line saying she is the manager and is based in America.

Of course that script reader has no power to okay a refund or a replacement product and if she has gone through the entire script and not been able to solve your issue she again places you on hold while she gets someone who has completed the next level of training to “help you.” The next level, by the way, is usually just a bigger script that may or may not have the answer. If you pass through enough levels you may eventually reach someone who knows how to fix the problem or can authorize a replacement, a service visit or a refund.

These ridiculous phone calls can take hours of the consumer’s time and even if the issue is eventually resolved leave customers thinking, “I will never buy anything from that company again.” How can you blame them for feeling that way?

My idea of wowing the customer with service is very simple. Answer the phone professionally, apologize once for the inconvenience, not 37 times like some companies think they have to, listen very carefully to the complaint so you know the right course of action to take and then fix the problem with whatever it takes to make it right.

Don’t waste the customer’s time or any more of their money. Just figure out the quickest, easiest for the customer, way to help and solve the problem.

Here’s a story you might find repulsively interesting. When I first moved to Florida a few years ago I replaced all my furniture with brand-new. That included TV sets. I bought two of the latest 4K models from one of, if not the largest manufacturer in the world. I won’t say the name but it starts with an “S”. One was a 65” 3D model that sold for $2800 and the other a 55” curved screen for $1800. About a month after installing the 65” a black line developed across the center of the screen. Thank goodness I bought it through Costco, which is big on customer service and has leverage with manufacturers because it buys in thousands of units. Costco told me to bring it back to the store and they would give me a new one. I did and they did. That TV, which is now off warranty, had an HDMI port go bad. Fortunately it has two more that still work so it’s okay for now. The 55” has developed three white hot spots in the screen. It is also off warranty. I called “S” and was told, in one of those voices I could hardly understand, that there was nothing they could do and that the good news is that this particular model has dropped in price to around $600 if I wanted to go out and buy another one. That helped me not at all.

Still thinking that company makes a good product my daughter recently purchased another 65” TV from it. She had it three months when it went totally dead. She called the customer support number and was told that the problem was probably in the controller box that comes with that model TV. Its purpose is to have all wires from other devices go into it with only one coming out to the TV itself. Esthetics, I guess.

The tech support person said he was shipping her a new controller and that she would have it in five to ten business days. Skipping ahead ten days I told my daughter she ought to call and check because it hadn’t arrived yet. She called to find out that the work order was never processed so it was never sent. After an hour of back and forth on the phone with everyone accusing everyone else of not doing their job right she was told they were sending another one out but it would again take five to ten business days. She asked if they would overnight it because it was their screw up. The answer was “NO, we don’t do that.” That was it: just “NO.” They might as well have just said, “We don’t give a damn about you or how bad our product is because we have millions of customers around the world.” Well, I know of two they won’t have anymore.

There are some large companies who have awakened to the fact that consumers have about had it with their horrible service and are saying, “To hell with the extra expense; we are bringing our customer service departments back on shore where they belong. Our customers in the U.S.A. and Canada deserve the service they pay for.” If those companies are doing this because they’ve lost a significant amount of business it’s nice to see they have finally smartened up. If it’s because they realize that their customers deserve the best service then my hat is off to them.

Two companies I do business with that I think have got the customer relations’ entity figured out are Consumer Cellular and Sirius XM. When you call you always get a person who speaks an easily understandable form of American English, is pleasant, helpful and solves your problem. They never put you on hold very long and will go out of their way to make sure you are happy. The interesting thing about Consumer Cellular is that they give me the same signal I got from AT&T because they rent space on their towers for about 20% of what I was paying AT&T and at the same time they pay out more for their U.S. based employees. I wonder how they do that, don’t you? A better question is, “Why don’t the others?”

In my shops customer service wasn’t hard to figure out. The concept was simple. You already took their money with the implied promise that what you sold them was good. If it isn’t or it was but then it went bad, fix it. Do it immediately, pushing the new jobs aside, and make it as easy for the customer to get service as possible. Make certain that it is fixed right this time because they can forgive a mistake the first time but it gets harder after that. You don’t need to be all flowery about an apology. That isn’t what they want. Just fix it with as little inconvenience as possible.

If you are an owner be sure to give your customer service people the right to spend what it takes to make the customer happy. If that involves a tow or picking up and delivering the car or putting them in a rental or loaner while theirs is being fixed, just do it. Your customer service people should not have to hesitate to give the service that’s needed or make customers hold on while they try to get an approval from you.

Remember one very important factor: The customer did not cause the comeback unless he was pulling tree stumps out with the car so don’t get angry with or try to blame it on him. All he did was bring you a car with a problem and his credit card. You or your representative said you could fix it. It didn’t quite work out that way but it isn’t the customer’s fault; it’s yours, so treat the customer as well as or better than you did when you took his money.

I understand that comebacks are expensive. The problem gets a whole lot worse when shops try to save money on them by cutting corners or not giving customers every consideration they deserve. You want this problem out of your hair so you can go on to do the money-making jobs you have waiting; so fix it right, do it quickly, and try to salvage the relationship with the customer because that’s all you have left. Any profit you might have made from this job is already gone if you have to redo a major; so it’s best not to even think about making or saving money on it. That ship has sailed. The way to start making money again is to get this job and this customer off your radar so you can move on to more productive activities. If you want to be a really good guy about inconveniencing customers try giving them some kind of a bonus for their trouble; maybe a free oil change and tire rotation.

Whatever you do just make sure the car is fixed right this time, 100%. Don’t ask anyone else to road test or inspect the work that’s been done. You do it and don’t ever say anything to yourself or your employees like, “Well, it’s good enough for government work,” because that means it isn’t as good as it should be and we all know that means it will be back again and if it does come back there isn’t much you’ll be able to do to salvage the customer relationship, so all will be lost.

There is no great trick to good customer relations. You just have to have the mindset that the customer comes first, not so much the profit on the individual job. Profit comes when customers are happy. The best thing you can do is to keep them that way; whatever it takes.

Advertisement
In this article:Customer Service, Its Your Business

WOW THE CUSTOMER WITH SERVICE! 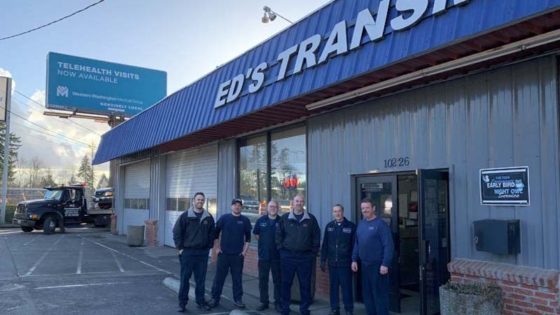