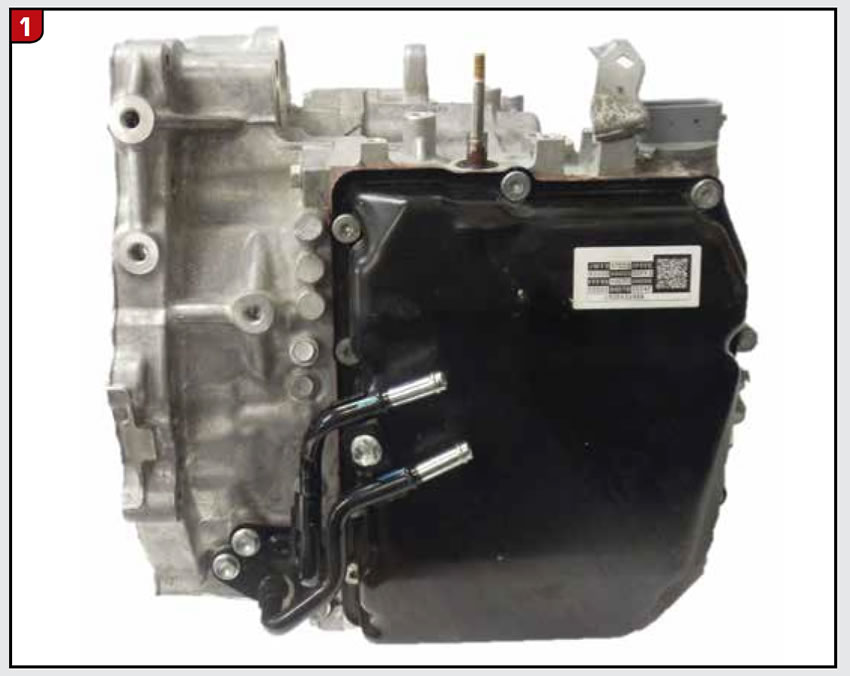 This transaxle has the same power flow as the 2008 and later Lexus Aisin AA80E/F rear-wheel-drive transmission. One major difference is, instead of a B1 Brake Clutch AWF8F35 uses a B1 Brake Band. There is a two-planet (simple front/ravigneau rear) lepeletier gear set with a four-pinion differential. The front planet is part of the input shaft with the front sun gear splined to the pump stator support. The TCM and Range Sensor are combined as shown below (at the top of the transmission) similar to GM and Volvo. Lexus/Toyota the TCM is not located on the transmission. Failsafe to third gear will occur when a failure is detected from first to fourth gear and failsafe to seventh gear, when a failure is detected from fifth to eighth gear.

The way the neutral control (N-Control) works is: during deceleration when the vehicle is at low speed (less than 2 mph/3.2 km/h) or stopped in the “D” position, the transmission enters a neutral condition by releasing the C1 clutch. With the reduction of the torque converter drag, the load on the engine is lower, thus fuel economy is enhanced and idling vibration is reduced. There are ten solenoids found in this transmission if equipped with N-Control or only nine without. The solenoids are identified in Figure 7 along with a solenoid apply chart (Figure 8) to help diagnose any shift application problems that could be solenoid related. The information in this article provides a basic understanding of how this transmission works. In later articles from Seal Aftermarket Products we would like to add some electronic information to further diagnose the U880E transmission.

Thanks for reading the “Souza Sezz” column, see you next time!