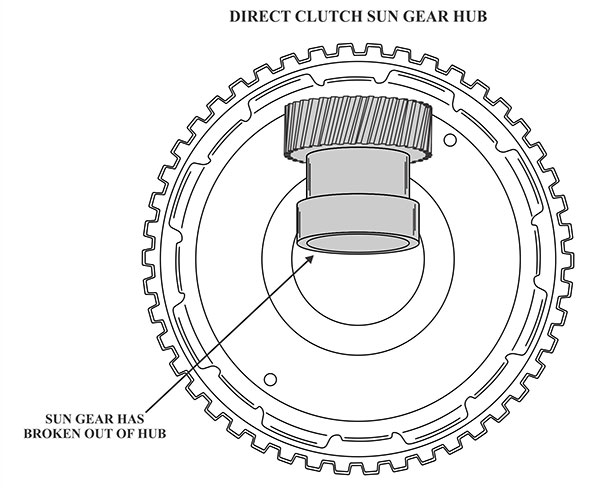 A 2002 Lexus RX300 with 3.0-liter engine and the A140F AWD Transmission developed a sudden issue: a loss of reverse and no ability to upshift out of first gear. Fault code P0750 “Shift Solenoid SL1 Performance Malfunction” was set.

The pan was dropped and an air check procedure was performed with good results. With the valve body removed and inspected no problems were found; however, the SL1 Solenoid was replaced. With the valve body installed back into the vehicle, the same complaints remained. At this time, the transmission was removed for inspection.

The direct clutch sun gear had broken away from the clutch hub, as seen in the image above. 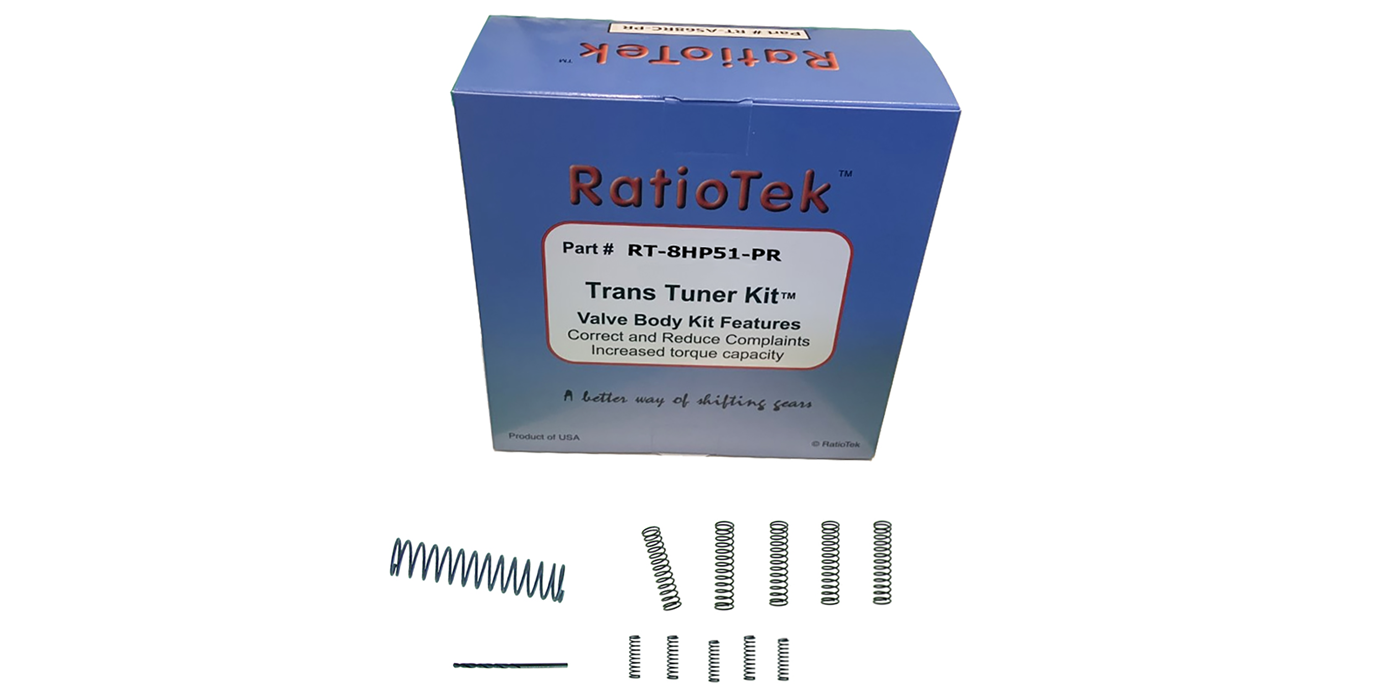