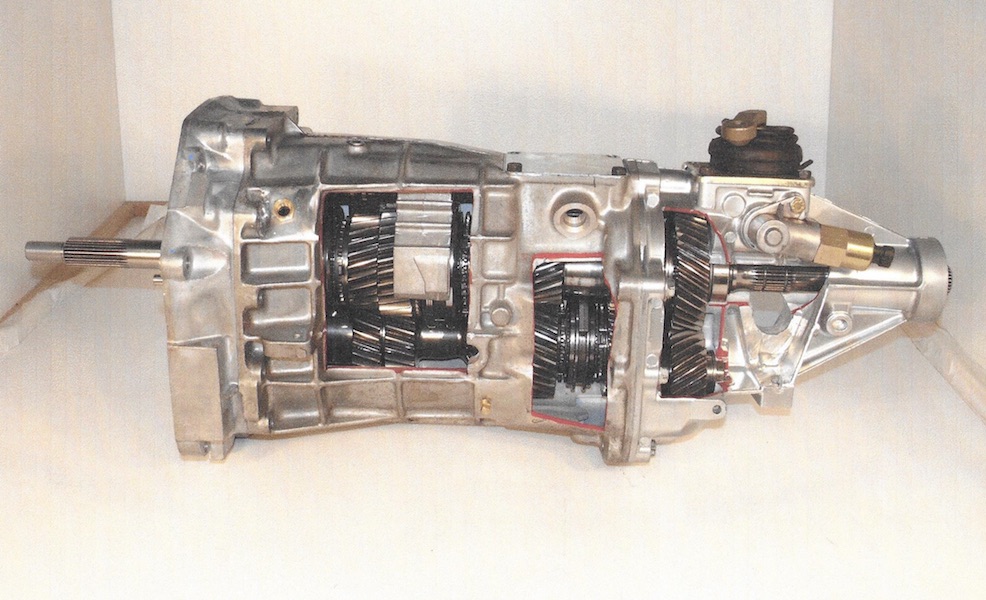 Today’s demand for sticks breaks down into a small number of focused customer categories.

OE’s use of manual transmissions has been declining for the past couple of decades. In 2019, more EVs were sold than vehicles with a stick. The result is that today’s marketplace is highly specialized to serve a few, somewhat specialized segments of demand. The upside to this is that unlike the price-driven stock repair marketplace, today’s manual segments are results-driven.

“The EPA hates stick shifts,” says Transmission Digest Manual Topics editor Mike Weinberg, explaining some of the “why” behind the disappearance of sticks. “There’s no way to control the throttle opening, so they can’t regulate the emission with computer control as is done with automatics. As a result of limited use and availability, there’s a declining number of people who know how to drive a stick.

“Today’s demand for sticks breaks down into a small number of focused customer categories. We have performance that isn’t racing. These are guys that want to have something better than what the factory gave them. They’ll take a typical unit like a T-56 and upgrade it with one of our Tranzillas, a modified Tremec 6060 six-speed, the latest version.

“You also have a performance segment where a guy wants to be the biggest thing in the country club. He’s got a thousand horsepower, and he needs a transmission to go with that. Truthfully, he’s unlikely ever to drive this thing fast enough to scare himself, but he wants that upgraded tranny regardless.

“We also work with a lot of race teams. After every race, they’re going to either send in broken stuff or ask us to freshen it up or, on their budget, they might do this every two or three races. They might ask us for different ratios. For instance, take a Viper that came with a factory ratio. It isn’t conducive to racing. We modify Vipers with a low ratio, 2.29 in first, close-ratio, whatever you want to call it. And the guys running at the back of the pack now run up front because the car can do these things.

“Finally, there’s the person who wants to make his truck a 4×4. We can do that as an automatic, or, if he wants, we can make his truck a stick. The most important aspect with this customer is to find out exactly, to the penny, what he expects. You don’t want to give him something in which he is not going to be happy.

“We see a lot of guys who want to modify what they have. Let’s say you got a ’68 slab side pickup, which is very popular to restore it now. They will tell you, ‘look, I want to make this into a 4×4, can you do that? I want to have a stick instead of an automatic.’ So he’s getting rid of a 350 or 400, a he’s putting in a six-speed. Another customer is the guy who’s got a 700R4 in his pickup, and he’s tired of it. He wants to put in a manual transmission. This is a very profitable job for the shop.”

Manuals, of a sort, continue to be important to OEM platforms. “You’ve got the dual-clutch engineering, which is fabulous stuff – basically a standard transmission that is shifted by a computer, so it’s much better than any human could ever do,” Weinberg continues. “It’s a really a fascinating development which is going to probably eliminate the torque converter transmission eventually and, at the same time, reinvigorate the stick.”

Weinberg says that much of the future manual work will involve these DCT units. DCTs are, he reminds manual transmissions with computer-controlled shifting. He says the units themselves are easy enough to rebuild but that without the vehicle to use as a testbed, the comebacks will be high. This is a segment that, given current technology, will be best performed on a shop’s bench as opposed to a unit ordered from a reman factory.

With a computer monitoring sensors and taking inputs from nearly every system on the vehicle, Weinberg says that successful DCT service will necessarily entail working from the outside in pointing out that half the time, or more, the problem is outside of the transmission case.

Note: Mike Weinberg is the co-owner of manual parts and units supplier Rockland Standard Gear and served for more than three decades as the author of Transmission Digest’s monthly column, Up To Standards.

Advertisement
In this article:Manual Transmission

Leading Causes of Manual Transmission Failure
Connect with us