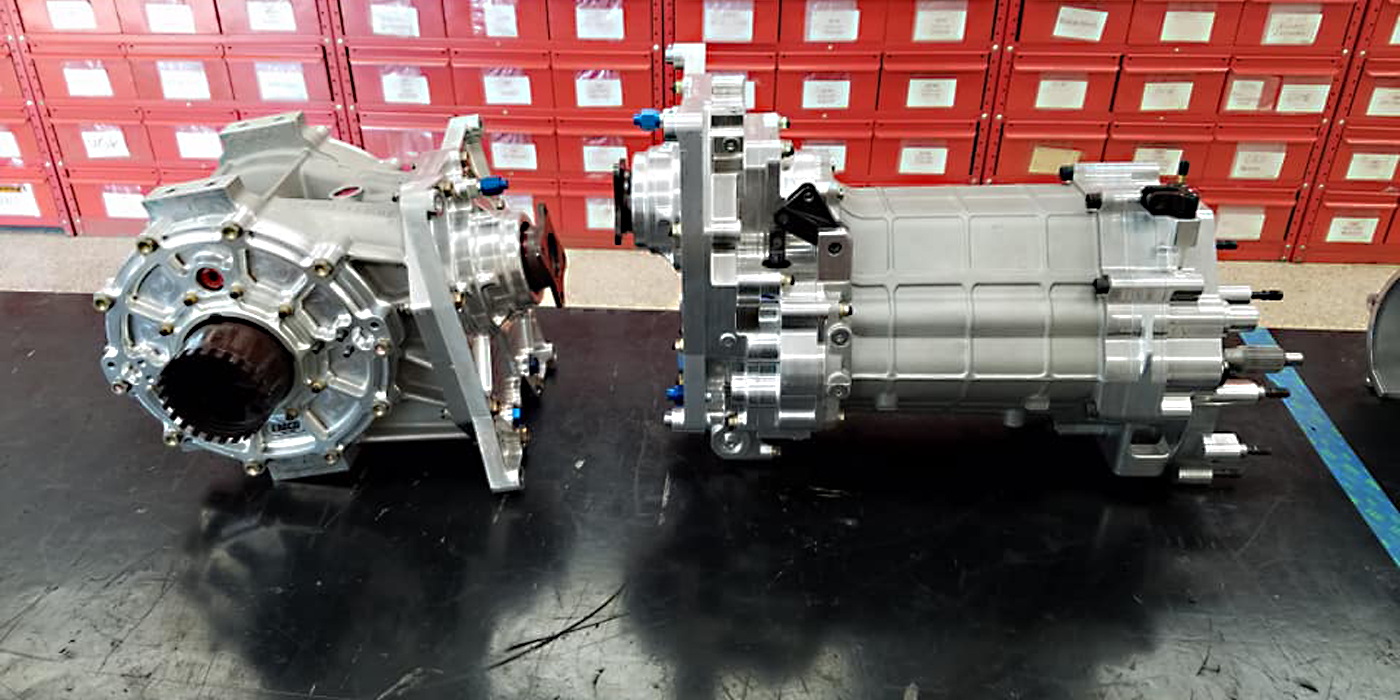 “I read one of your latest profiles about Camargo Transmissions which just turned 100 years old, and their story was similar to mine,” says Larry Bishop, director of motorsports for EMCO Gears. “My grandfather was rebuilding transmissions and working on cars, and my dad and uncle followed him into the business. I got my start working for my dad and then went to work for a Chevy dealer briefly before getting into racing.”

Bishop says that when Chevrolet come out with the 700R automatic, farmers who had them in his area were tearing them up. “The farmers around us were pulling trailers and they were burning them up. After three warranty transmissions, the customer brought it back to my dad and he said ‘I’m not taking it back. I’m going to fix it.”

Bishop’s dad tore that transmission apart and leak-checked every part out of the valve body. He spread it out over two workbenches and spent a couple of weeks off and on dissecting it until he found an oiling issue with the planetary gear. He said that if the customer hadn’t been towing so much with it, he might not notice it, but they worked their trucks hard. After it was fixed, the customer drove it more than 100,000 miles without any problems. “It’s incredible how much transmission technology has changed over the years.”

After working for his family’s shop, Bishop landed a job working in motorsports as a transmission builder. He built EMCO gearboxes for an Indycar/ Indy Racing League (IRL) team. Many of the teams were having issues with their gearboxes at that time, and Bishop was one of the few who didn’t have problems with them, so the EMCO folks reached out to see what he was doing. EMCO offered him a job shortly after.

The first complete transmission that EMCO built was in the late ‘90s for the IRL. “It was an oval-only gearbox that just had a spool in it,” said Bishop. “Then, not long after, we built the transmission for the Daytona Prototypes. And that was because Jim France (son of NASCAR founder Bill France) was directly involved with it. He came to
us because he wanted an American-made transmission in his Grand-Am sports car series.”

While the IRL program was short-lived due to the series merging with Champcar, the road racing program was just kicking into gear for EMCO.

“The IRL transmission was about a four-year program, and then we got into road racing, and we’ve been doing primarily road racing transmissions and transaxles ever since. Currently, we’re heavily involved in the Trans-Am series.”

Bishop notes that the Trans-Am car, sanctioned by SCCA Pro Racing, is one of the few classes where the rules are open, and the components are not “spec” to cap costs. “It is considered the Wild West. There aren’t many racing series out there like that anymore. The cars have 850 horsepower, pushing 900. They make huge torque and rev up to 8,600 RPM. We build a sequential gearbox that is limited to five speeds per the rules.”

Bishop says they came along at the right time because many teams were struggling with their old Hewland H-pattern boxes. “We made it a direct replacement for the Hewland gearbox. And then it took off and went really well.”

The EG5S sequential is more compact than the Hewland and uses a setback adapter, so it sits more toward the center of the car. “That’s the way the cars are designed, and they want to move the weight further back anyway. What’s unique about this gearbox is that the gears lay side-by-side. They’re not straight up and down like you find in a four-speed. And it’s offset to the right.”

According to Bishop, the first couple of races revealed that customers had to pull the engine to change a clutch. “That was how these cars are designed. So we have developed an updated version with the clutch in front of the transmission. It’s one of the most recent developments. It’s currently running a vintage car right but will be ready for the TA cars next year.”

With racing, the rules are constantly in flux. The Grand-Am series morphed into United States Sports Cars, and then it merged with the American Le Mans series a few years back. The rules were re-written to favor the European manufacturers, which is where most competitors are for EMCO. So the company has focused on the Trans-Am gearbox and developed a solution for a no-lift-shift and a throttle-blipper for downshifting.

“That’s about as high-tech as those cars get. They’ve still got huge tires, huge brakes, big horsepower. And they weigh 2,400 pounds. But the engines are still carbureted. They are essentially older NASCAR engines before they switched to EFI. The cars run two MSD ignition boxes that are programmed to drop the RPMs about 1,500 RPM when the driver pulls back on the shift lever so they can shift without lifting [SWOL].”

Bishop says that they use a load cell sensor calibrated in tension and compression to activate a relay box, which then sends a signal to the MSD box. The two-step ignition box was originally designed for drag racing where you put your foot down on the clutch, and then you could plant your foot on the accelerator, and you could bounce off 4,000 RPM until you took your foot off the clutch or button.

With a standard H-pattern gearbox or even a sequential, that doesn’t have SWOL, the time between shifts and the rpm drop can be significant over a race distance. But with their system, it takes 45 to 50 milliseconds, Bishop says, which is a little slower than some of your high-tech paddle shift systems. “It makes a big difference in the lap times too, because your RPM drops are only what your gear splits are, so you’ve got a 1,500 RPM split from second to third, whereas manually the drop may be the same but the extra time before the drive shits and after can be about 4,000 RPM, which adds more time.”

While EMCO is mostly a motorsports and engineering company, they have also developed a 6-speed sequential transmission for some Corvette models – the Z06 and ZR1. EMCO’s CG46 is gaining some traction in Corvette circles for quick no-lift shifting like the TA box. The CG46 is designed for the front-engine, rear-wheel-drive Corvette and fits directly to the bell housing/torque tube. One of the fun things about this transmission is that it can be adapted to work with paddle shifters.

EMCO isn’t your typical transmission shop, but we think it’s interesting to highlight what some of the niche markets are doing in the industry. Next time you get a customer looking for a paddle-shifting Corvette transmission, you know where to go.

Bishop also notes that they do some small-batch gear sets for people, with minimum runs of 10-20 pieces. EMCO gearboxes are currently used in a few other street applications including its 6-speed DV46 Dodge Viper sequential gearbox, which has roots in racing but made its way into many street applications.

Additionally, the 6-speed EG46 sequential has made its way into many LS and Coyote street applications. They’ve also worked with a few Miata racers to build gear sets that are better quality with teeth that are ground on a million-dollar cutting machine. The finishing processes that EMCO uses ensure the gear sets can handle the abuse of a racing environment.