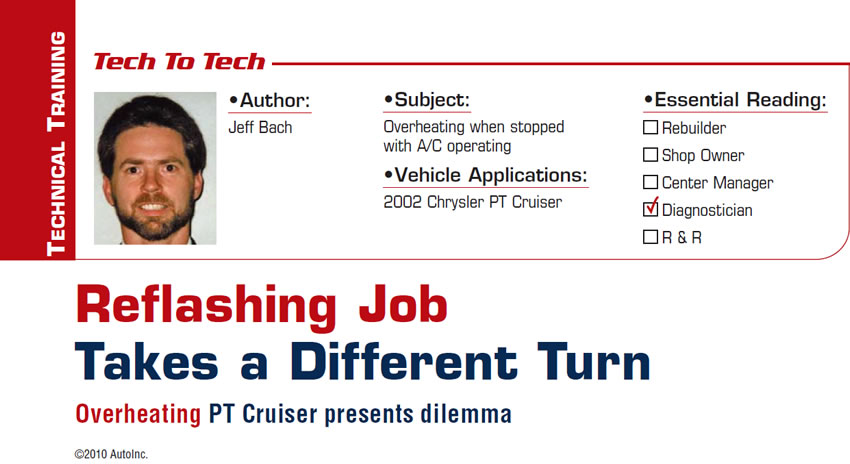 He goes on to explain that it is a 2002 PT Cruiser, and it starts overheating whenever he runs the A/C and sits in traffic. He traced it down to the fan relay and replaced it with a new one. Apparently that solution didn’t work, so he was trying to bypass the relay to get it to turn on the fan, and smoke started coming out of the computer. So he got a used [computer] and put it in but it still wouldn’t start. He said D.J. said it needed to be flashed and that I could do that. He added, “I could bring it to you, as I already have it loaded on a trailer.”

“They told me at the parts store that you could reflash my computer,” said a customer to me recently.

“Now that’s a statement that begs a question or two,” I thought to myself.

So I ask away: “Does the car have a symptom that someone has told you a reflash would cure? Has the computer been replaced and, if so, what caused it to go out and who did the engine-control-module (ECM) replacement check? Does the car run? Are you bringing me a vehicle or a computer to reflash offboard? What kind of vehicle is it? Does it have theft deterrent? Does it need and do you have the smart-key-immobilizer-module (SKIM) number? Are you an experienced tech from a shop or a driveway guy with access to the Internet’s most-popular fixes? What all has been done to the vehicle?”

But the last question is reserved for me: “Do I want this job?”

These are but a few of the questions that roll around in my mind from the many possibilities that this first statement brings up. I’m sure we’ve all been through many scenarios these days of the “trying to save money by fixing it myself syndrome.”

“If you could fix it today I can come back in two weeks and pay you,” says the customer.

“D.J.,” the guy says, which makes me take the whole thing in a better light. This is a guy who works at a local salvage yard and is wisely discriminate about whom he sends where.

“So tell me what kind of vehicle you have and what happened,” I say.

He goes on to explain that it is a 2002 PT Cruiser, and it starts overheating whenever he runs the A/C and sits in traffic. He traced it down to the fan relay and replaced it with a new one. Apparently that solution didn’t work, so he was trying to bypass the relay to get it to turn on the fan, and smoke started coming out of the computer. So he got a used [computer] and put it in but it still wouldn’t start. He said D.J. said it needed to be flashed and that I could do that. He added, “I could bring it to you, as I already have it loaded on a trailer.”

Well, after a bit of discussion about the possibility that there could be more wrong than a flash will cure, the guy agreed to pay us to diagnose the problem should there be one. He managed to get it unloaded and brought it into my diagnostic bay.

Once it was in the bay and the battery had been charged, I connected it to a J2534 interface. I flashed the computer and tried without success to start it. After cranking a bit in clear-flood mode, it finally lit on two cylinders. I grabbed a quick scope shot with the current probe of the feed wire to the coils, since it was easily accessed on the top of the engine. Figure 1 was my first waveform.

It was clear that something was going on in the primary current, but I was not able to pinpoint the problem without a few more tests. Notice in Figure 2 the ground-position arrow to the left of the waveform graticule two marks up from the bottom. This is the zero-current line. This is where the coil ramp should start and end. It looks as if there may be a short on the coil-trigger circuit for the missing coil.

There are two coil primary control circuits for these coils, both terminating at the ECM. I chose the circuit that has the gray wire with the black stripe and connected the current probe around it while piercing it for a voltage signal at the ECM on scope channel two.

This was one of the good firing cylinders, as evidenced by the spark line in the primary circuit. Also notice that the zero-current line is even with the ground arrow. My next test was to let me know whether the short in the coil feed for the other cylinder was in the harness or in the ECM. I grabbed the other current wire and the trigger at the ECM for the image in Figure 3.

Figure 3 was the result of the current signal from the shorted coil and the blue/tan wire at the computer’s other coil-control circuit.

Figure 3 shows a steady nine-amp current and about four volts on the control circuit. The current leaves when the control circuit is disconnected at the ECM. I concluded from these tests that the ECM the guy got from the junkyard was no good and probably not even related to his original problem. I had him bring me his old ECM, which I plugged in to get a baseline idea of why he thought he needed an ECM to begin with. The vehicle started and ran on all the cylinders.

I grabbed the waveform in Figure 4 while I could get it to run.

Figure 4 shows the current for both coils and the control circuit from the blue/tan wire, which was shorted in the other ECM. The vehicle, however, now was running very rough and setting half a dozen codes relating to a missing reference signal. The owner had tried to get the fans to run by powering the relay with a jumper wire. He had apparently proved that this ECM was bad, using the Salem Witch trial method. It’s off to the yard for him now for another money-saving trip for – hopefully – a good ECM this time.

I printed the connector view and ran a check of the ECM-controlled circuits, making sure once the next “experienced” electronic control unit (ECU) was installed that I programmed the VIN into it and started the engine. As a side note, I am told by several recycling yards that these Chrysler-product ECUs will allow a VIN to be programmed into them once from the factory and one additional time. After that, they are done. I started the Cruiser, which ran well this time. I grabbed my scope and took the waveform image shown in Figure 5.

Note in Figure 5 that the ground-arrow line is now up as it should be with the waveform zero-current line. At this point, we’re calling the car fixed.

I still get a thrill being able to show new customers the progression of their repair with undisputable documentation.

I used this progression of waveforms to show the owner and help explain his problem. He requested copies. He was quite satisfied to see that it took this technology to figure out his problem. I think he’s off the hook.

Jeff Bach is the owner of CRT Auto Electronics, an ASA-member shop in Batavia, Ohio. For more information on this topic, contact Bach at 515-732-3965. His e-mail address is [email protected], and his Web site is www.currentprobe.com.

This copyrighted article is reprinted with the permission of AutoInc., the official publication of the Automotive Service Association (ASA). To learn more about ASA and its commitment to independent automotive-service and repair professionals, visit www.asashop.org or call (800) 272-7467. 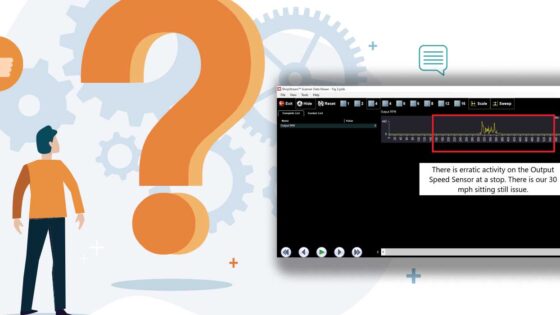 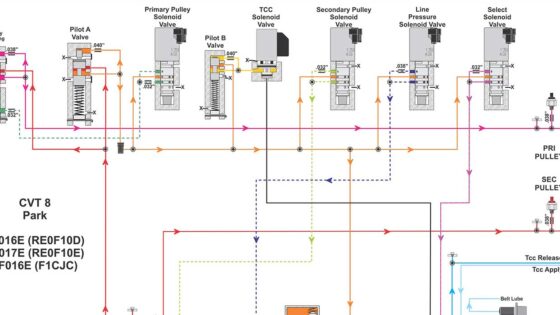 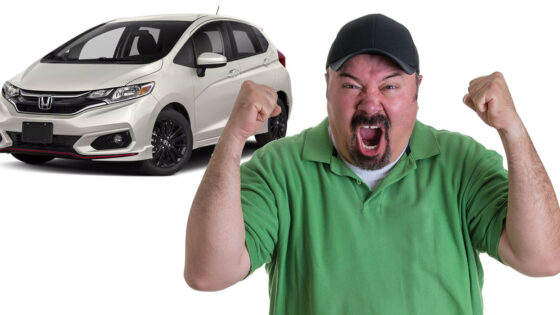