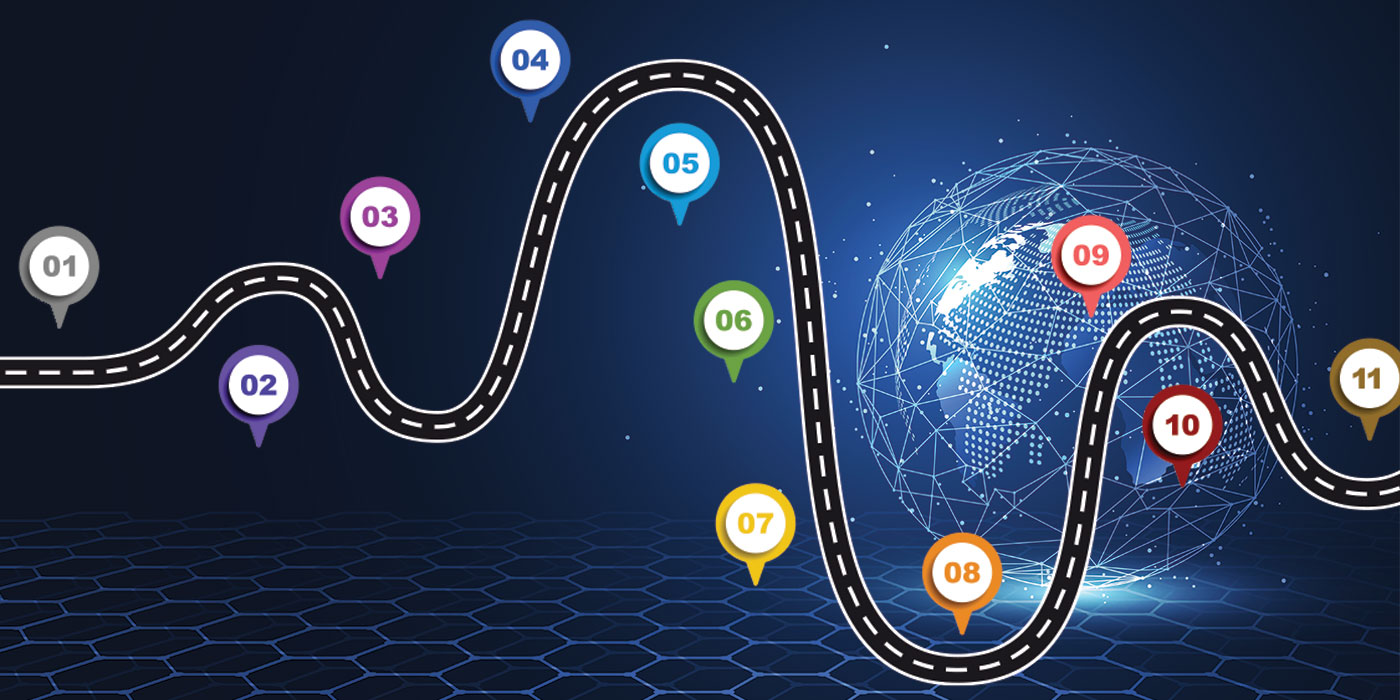 Have you ever wondered, when you open up a transmission kit, how many nations all of these different parts came from? How many different journeys these parts had to make to get to where they are, sitting in your shop, ready to serve their purpose in a unit that needs them?

It would be apt to describe many modern transmission rebuild kits as being put together by a world network of contributing factories. It shouldn’t be a surprise that there is such a significant international factor in putting together transmission kits. The business world, and the automotive sector especially, have become increasingly global over the years.

Still, the scope of your average transmission kit can be staggering in the number of manufacturing nations it represents.

According to Andrew Ciszczon, marketing director for Freudenberg-NOK, parent company of TransTec, Freudenberg-NOK has more than 50 manufacturing sites worldwide and currently sources from about 34 countries.

For Precision International, to use another example, depending on the kit and the application, there may be anywhere from two to 12 nations involved in the supply chain for a particular kit, according to John Solazzo, vice president at Precision.

“It’s not every single kit across the board,” Solazzo notes. “Some kits are just very basic and everything’s from the U.S. And then there are others where it’s much more diversified.”

Naturally, there must be advantages to the way these companies have chosen to source their parts from around the world. So what are they?

One reason things are done this way, Solazzo says, is the global nature of many OEMs. “You’d be surprised,” he says, “how often the OE manufacturer is in Mexico, Europe, China, Taiwan.

“So, that would be one reason,” he continues. “The second reason is that we have established vendors that we like to do business with for certain commodities, whether it be a molded piston, an oil seal, or any other commodities.”

An additional advantage brought up by Ciszczon is that global manufacturing capabilities and sources allow TransTec to take advantage of proven technologies and materials that may not be as readily available in the U.S.

“As non-U.S.-based OEMs develop different technologies,” he continues, “we have more direct access to those technologies as a global supplier to those OEMs. Another advantage stems from our capacity not being restricted to one specific region. Thus, if demand fluctuates, we can adapt accordingly in normal business conditions.”

The current market has seen some serious complications, which we’ll get to, but even in the best of times, it’s a challenge putting together a kit with such a diverse number of manufacturers and nations involved in its production.

“One of the biggest challenges is coordination of deliveries based upon different lead times between components,” Ciszczon says. “All components must be available to produce a kit. For example, even if one one-cent O-ring of a kit with over 100 components is delayed or flagged for quality inspection, this can halt production of the kit. This mentality originates from the same systems and processes that ensure our quality to OEMs.”

Another related challenge is balancing inventory investment and kitting production without sacrificing customer service, Ciszczon mentions. “Despite current supply chain constraints we are still very selective in who we source product from and how it is manufactured.”

Additionally, Precision’s Solazzo notes that oftentimes kit manufacturers have to reverse-engineer the parts in designing a kit.

“We usually have substantial inventory, and we’re able to build the kits out of stock. Lately, it’s been much more of a struggle.”

So let’s talk about that struggle. The phrase “supply chain issues” has been said ad nauseum over the past two years, but it’s been happening for a reason.

Most of it stems from the COVID-19 pandemic—production shutdowns and layoffs in early 2020, those same processes ramping back up as things reopened, and the resulting booming labor market.

Then there are the challenges that could not have possibly been predicted, like a ship getting stuck in the Suez Canal and temporarily torpedoing the global supply chain. Don’t pretend you saw that one coming.

Anyway, this has all created a perfect storm of delays, increased prices, and a generally much more difficult environment in which to put together a transmission kit, repair a car, or pay for repairs and receive them in a timely manner.

“From all manufacturers—domestic foreign, OE, non-OE—everybody is having their own issues with product, and then getting the parts here, freight and price increases. Everything is so fluid and is changing by the minute. Your prices aren’t constant, your ability to get the parts isn’t constant, all of which leads to us not being able to service our customers the way we would like, and it just filters or trickles right down the line. The distributors aren’t able to service transmission shops, transmission shops can’t service their customers, so it becomes a whole big fiasco.”

Right now, he says, the biggest problem is the amount of time it takes to get a part.

“Where a lead time used to be 60 days between placing an order and receiving the part, that’s turned into six, seven, eight months lead time now. So, it’s changed the whole dynamic of how we do things here.”

As he notes, there don’t currently seem to be any indications that this state of affairs will change anytime soon.

“It’s going to roll into next year for sure,” Solazzo says. “And what happens, unfortunately, is that once a price has been established, I don’t think many of the part manufacturers are going to come back to us and say, ‘You know what? We’re going to go back to our original price before all this.’ That’s going to be the price. So, the bar has been raised, our costs have been raised.

“We’re willing to pay more for the part, and for freight, and to expedite the part here so we can build kits, which in turn means we’ve had to increase our kit prices, and our customers are willing to pay more to get the kit, to service their customers. Shops have come to the realization that parts are going to cost more right now.

“Obviously, the person who’s paying the most for it ultimately is going to be the consumer,” he concludes. “The bottom line is that this whole situation has hurt the public, the people who are spending the money.”