Part of this change is due to the lack of skills on the driver level. Recently, I had to park my own vehicle at a restaurant, as none of the valets could drive a stick. The second cause is the lack of emissions controls on a manually shifted vehicle and the added expense to the carmakers of getting so many different models EPA certified federally and in California. Automatic transmissions, including the new dual-clutch units, shift at open throttle, and computer controls have done wonders for controlling emissions and advancing fuel economy. On a manually shifted transmission, throttle opening is left to the driver, and emissions vary greatly because of different driving styles and skill levels.

The AR5 is a five-speed transmission, with 5th being overdrive, that is found in 2005-and-up Chevrolet Colorado and GMC Canyon trucks, the 2006-and-up Pontiac Solstice and the 2007-up Saturn Skye. All gears are synchronized, and the shafts are supported by roller ball bearings, while all of the gear train is supported by needle bearings.

This design uses a four-part aluminum case made up of a removable bellhousing, main case, center support and extension housing. The rear-wheel-drive units have an oil trough mounted in the case that moves lubricant to the rear bushing. Unique to this design is an internal oil baffle mounted on the main case that keeps the oil from being thrown around the case. As these units are splash lubricated, this baffle acts to contain the oil onto the gear train for better cooling and lubrication. No shims are required to set endplay, but all retaining snap rings are selective and you should use the thickest one that will fit. These transmissions are spec’d to use a special 75-90W gear lube, GM part # 89021806, although for better cold-weather shifting you should substitute GM synchromesh fluid.

The shift system is typical AX5/AX15 with a single main shift rail moving four shift rails mounted in the center support. There is a complex detent and interlock system in the design to prevent obtaining more than one gear at a time. Worn detents, interlocks and shift forks produce a variety of shifting problems on high-mileage units, and these should be inspected thoroughly during teardown to prevent comebacks.

The synchronizer assemblies use spring-loaded keys to engage the synchronizer ring onto the cones of the selected speed gear. The clearance level of the synchro ring to the face of the speed gear is listed at 0.031 inch. A surefire way to prevent shift issues, even on rings that meet the spec, is to clean the cones on the speed gears, use a magic marker to color the cone and then, using a known-good ring, twist the ring down on the cone and then look at the pattern it makes. You will find rings that grab only at the top or the bottom or skip around the cone, because you cannot measure a taper accurately. The five minutes it takes to test the rings will be hours of labor saved going forward.

Whenever you disassemble any synchronizer be sure to match-mark the slider to the hub so that it is replaced in the same spot during reassembly. This will always give you the proper direction that the slider was facing when it was removed, and the splines on the hub and slider will go back to the original position to avoid notchy or dragging shifts. For those of you who don’t like to take synchronizer assemblies apart if they feel good, remember that the splines between the inner hub and slider are usually loaded up with metal contaminants that fresh lube will set loose to ruin the new bearings you just installed. The second reason to disassemble, inspect and clean the synchro assemblies is to look for cracks on the inside of the hub or sliding sleeve that could come back to bite you.

There is a significant design difference in the components of the fifth and reverse synchronizer that needs to be looked at carefully on disassembly so that it can be assembled in the proper sequence later. I have included an illustration here as this one sequence generates a lot of phone calls from people who don’t have access to Mitchell OnDemand or a factory manual.

The more things change, the more they remain the same. The AR5 is a cousin to the AX5/AX15 that you know and love, and we can hope that it will get driven hard enough to require some TLC from our shops. 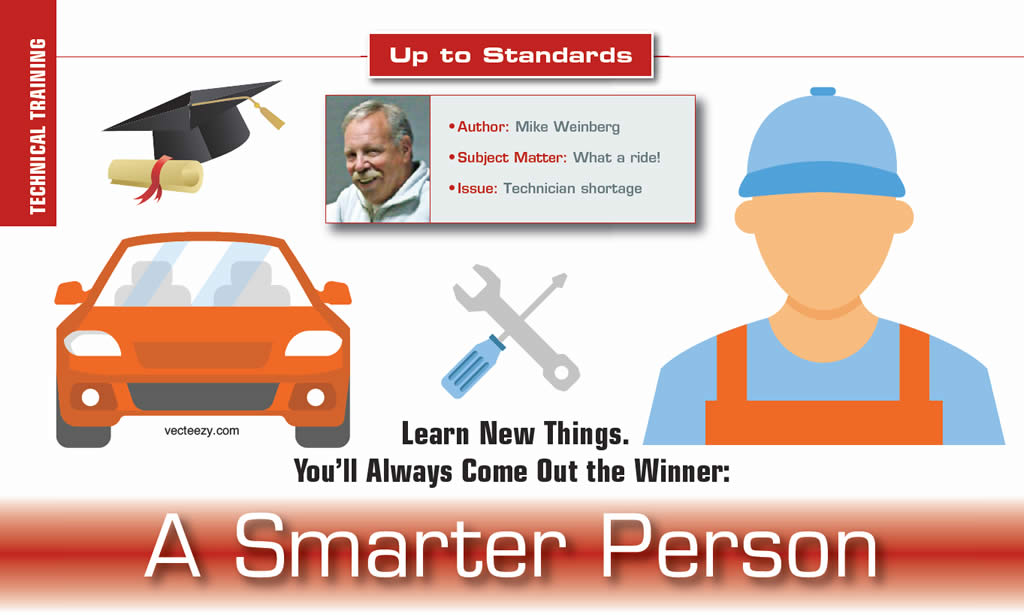 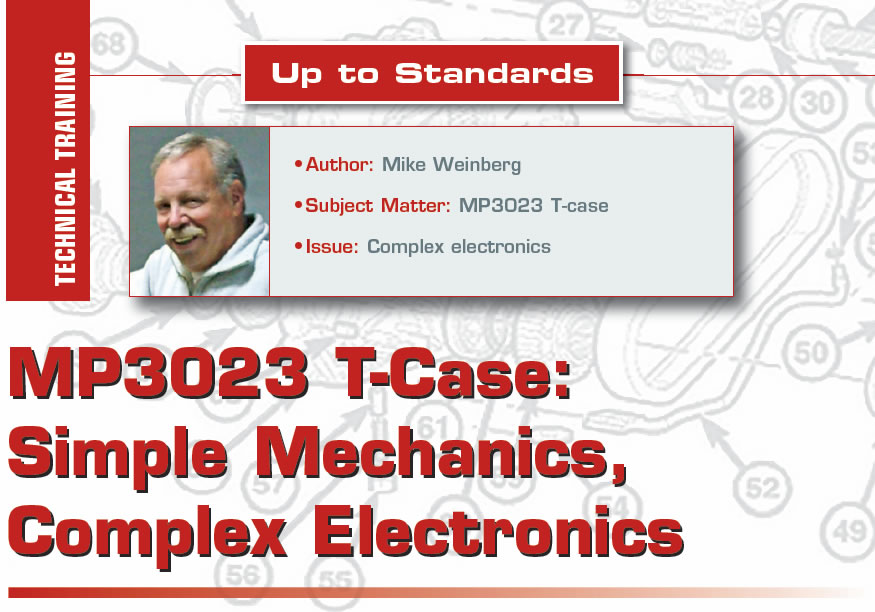