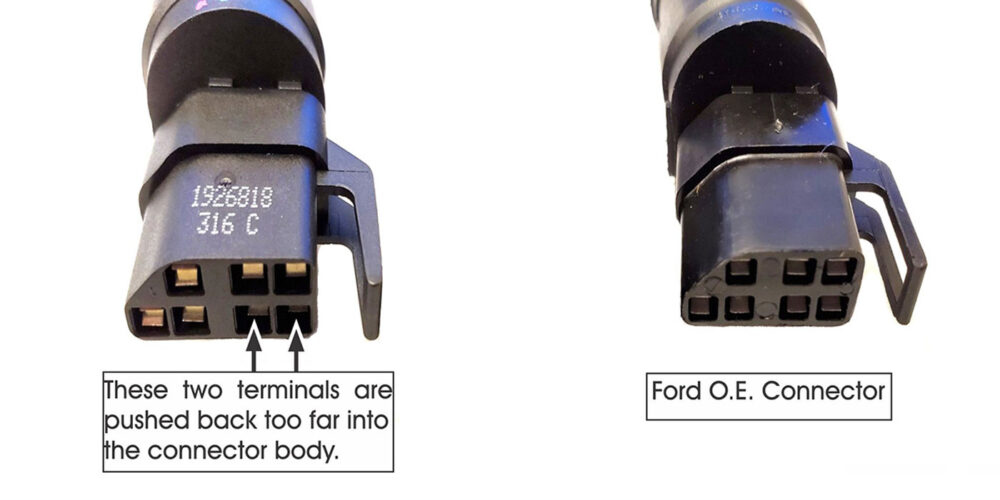 During the overhaul process of a Ford 4R70W transmission, it was necessary to replace the hard wire frame and case connector. After repairs were completed and the technician prepared to take the vehicle for a road test, the transmission took off in a higher gear and the MIL illuminated. The PCM was scanned and various solenoid codes were set which were not present originally.

An aftermarket sub-standard case connector was installed which had two terminals pushed into the connector which prevented contact with the hard wire frame (see the image above). One of these terminals was the 12-volt solenoid supply circuit, which caused the high gear start.

When the hard wire frame and case connector were replaced with Ford original equipment parts, the codes were cleared and did not return. 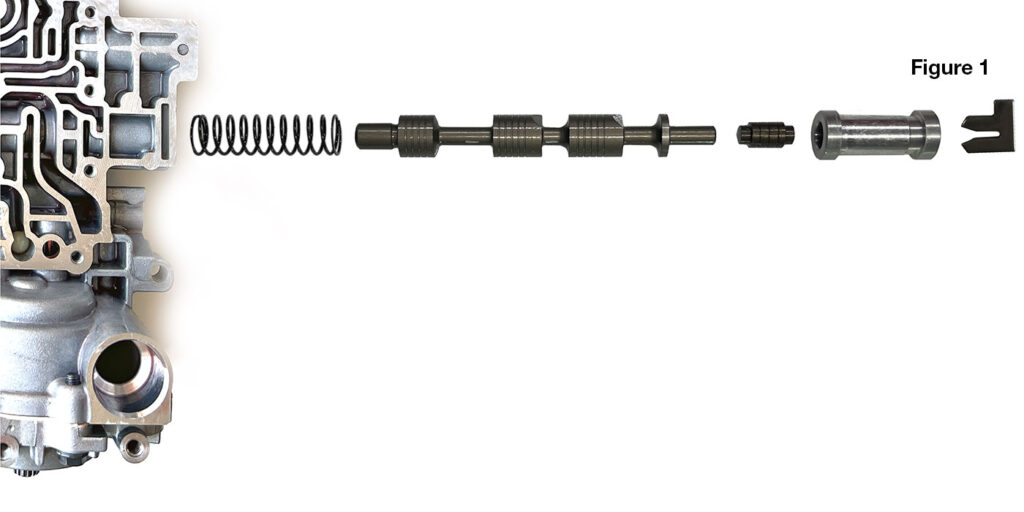 By now you may have heard of, or even experienced, a GM 8L45 or 8L90 transmission with a no-move or no-pressure condition. Conditions of no movement or no pressure after repair have plagued this unit since its inception. Here’s what you can do about them.

Condition 1: No movement after fast learn or programming 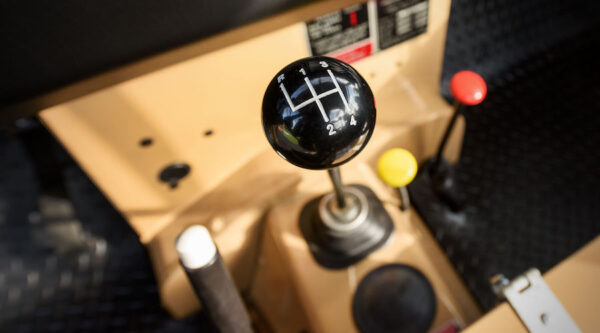