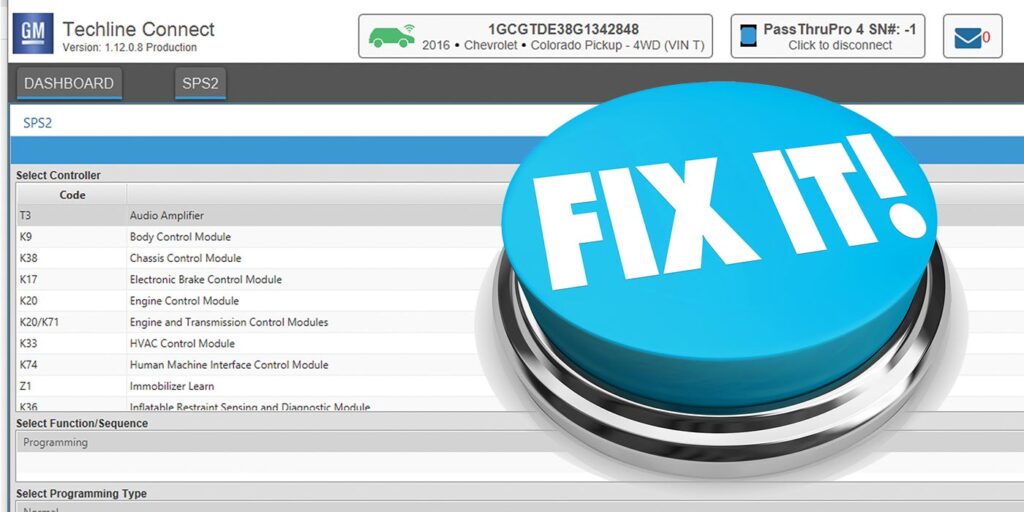 Transmission makers are always throwing the repair industry curveballs. The challenges seem endless. Sometimes manufacturers will let us know of changes they are doing, while other times they let us figure it out as we go. I would like to go over a few examples we’ve encountered that may help you on a simpler installation of a transmission or component.

Just when you think you have these units figured out, GM decides to make a change that impacts service. You have performed a valve body replacement and now the TCM identifies the transmission as an 8-speed (M5U sales code) when it is in fact a 6-speed transmission, or it is a 6-speed and now asking you for the PUN and TUN.

The problem is usually one of two things: You either selected the wrong module to program and will need to back out and reselect, or possibly chose the wrong RPO code. Don’t ever guess the RPO code when asked for it; always verify.

In figure 1, we see that there are two different selections available for the ECM programming: K20 ECM by itself, or K20/K71 (ECM/TCM), which is what they refer to as “sequential programming.”

In the next image we can select K71 (TCM programming) as a stand-alone option.

Once selected, we will be prompted via a dropdown menu to select “Without RPO code M5U” or “With 8 SPD Automatic Transmission (RPO M5U).” Other options may appear for your specific application. For the models where you select K20/K71, the RPO selection is in the “Select Function/Sequence” section on the same page that you pick which module to program. Selecting the correct RPO code is the key to success.

The other common problem is a mistake on GM software side. While GM was moving files around on their servers, some data was lost or corrupted (verified per GM tech line). This has resulted in mismatched data and misrepresentation of the correct unit ID, and in some cases the new PUN provided by GM does not work. Correction requires contacting the GM tech line, and with your VIN they can identify and correct the problem in short order.

In the past, if you ordered a new valve body/TCM for the FW6AX-EL it would come with basic programing from Mazda so you could basically install it, update the software, initialize and start going down the road. That is no longer the case as Mazda now sends these out blank. What that means to you is that you will get a U0101 (Lost Communication with TCM) on fresh install. Of course, you will start chasing wires, pinpoint testing and checking grounds only to conclude that you have a bad TCM. A local Mazda dealer misdiagnosed their own TCM as defective out of the box. The problem is much simpler than that. All you must do is treat it as a Ford and do a PMI (Programable Module Installation). Once you go through the PMI process, clear the code, update and initialize, you’re good to go.

Another problem I hear about quite often is failing initialization. When the TCM is not initialized, you will get a code P06B8 (Internal Control Module Non-Volatile Random Access Memory [NVRAM] Error). Online, there are procedures to use either an MDS or generic scan tool. They are slightly different, so make sure you are using the proper procedure. The main problem is that when initialization fails, there will be no message saying why this happened.

Two common problems we see on 42RLE and 62TE installations are code P1745 (Transmission Line Pressure Too High For Too Long) that won’t clear, and P1790 (Fault Immediately After Shift). You cannot clear P1745 by just clicking “clear codes.” You’ll need to go into functional or system tests (all scan tools are different in their nomenclature) under TCM on your scan tool, and then click on “reset VLP counter.” It’s a simple procedure, but a lot of people forget this step and get hung up on the definition of the code.

Code P1790 is usually just as easy to correct. In most cases, the speed sensors have been swapped incorrectly or power is absent to one of them. Reroute the wiring harness correctly and swap the connectors to their correct positions and retest. Refer to a wiring diagram for sensor wire colors to ensure they are correctly placed.

It’s always a hassle to attempt to order a correct OEM part for a vehicle only to find that it has been discontinued. Converter stud changes on 6R140 and Nissan CVTs have created this exact scenario.

The 6R140 torque converter was initially produced with eight studs, but after a few years Ford decided to go to six studs. Naturally, eight-stud OEM torque converter flexplates were discontinued. While the eight-stud and six-stud converters are indeed interchangeable, you will have to change your flexplate to match. It’s a one-way street, in this case.

As with Ford’s production change, Nissan made their own on their CVT torque converters, except the flexplates do not need to be changed to match. Factory-installed OEM CVT torque converters were produced with six studs, but most OEM replacements ordered from a dealer will have only four. This is perfectly normal as they are fully interchangeable. Apparently, Nissan has decided to keep us on our toes, so occasionally you might even get a six stud from the dealer, which may be some old stock from the assembly line.

Many shops believe you need an OEM Consult scan tool to initialize a Nissan CVT. Although this was true in the past, it is no longer true if you have a Snap-On scanner with version 20.2 or newer. I am sure other aftermarket scanners are capable as well, but Snap-On is confirmed to do this correctly. When using an aftermarket scan tool it is important to make sure the data values change during initialization. The only kicker is if you must program with the “disk,” you will still need to use the Consult3+ or Consult3+ RTR software. There is no workaround.

Code P0868 (Secondary Pressure Down / Fluid Pressure Low) on an initial road test after installing a Nissan CVT unit is common. In fact, this is the most common code I see with these units. It is usually a simple fix by driving the vehicle with the scan tool, and if it comes back, clearing the code and driving it some more. If it comes back again, repeat the process. Usually after 3-5 clearings, this code it will stay away for good.

Why do we have to do that? I have a theory that Nissan programmed the parameters to set this code to be too narrow. By initializing the TCM, we are telling the computer that this is new transmission or valve body, prompting relearn. With learned parameters cleared, the computer is extra sensitive to the changes until the computer starts to learn what the new normal is. Evidence to support my theory is that the code P0868 and the sensor were removed by model year 2015. It seems like it was a possibly a mistake from the very beginning, and Nissan realized it later.

Lastly, I recommend never selling a CVT job that has any ABS or traction control codes. ABS and traction control codes need to be corrected before diagnosing any transmission complaint in a CVT. If you do sell a job before fixing the ABS codes, plan on fixing the codes once the new transmission is installed and before delivering the vehicle back to the customer. If the problem generating the codes is severe enough, you will not even be able to test drive the vehicle. Always try to fix them before looking into a transmission problem.

Hopefully some of these tips will help you in your transmission repair adventures. Sharing information makes us all better techs.

Peter Fink Jr. is the warranty administrator at Certified Transmission. Over the years he has held many different roles at Certified including R&R tech, transmission builder, over-the-counter retail sales and wholesale-division sales. 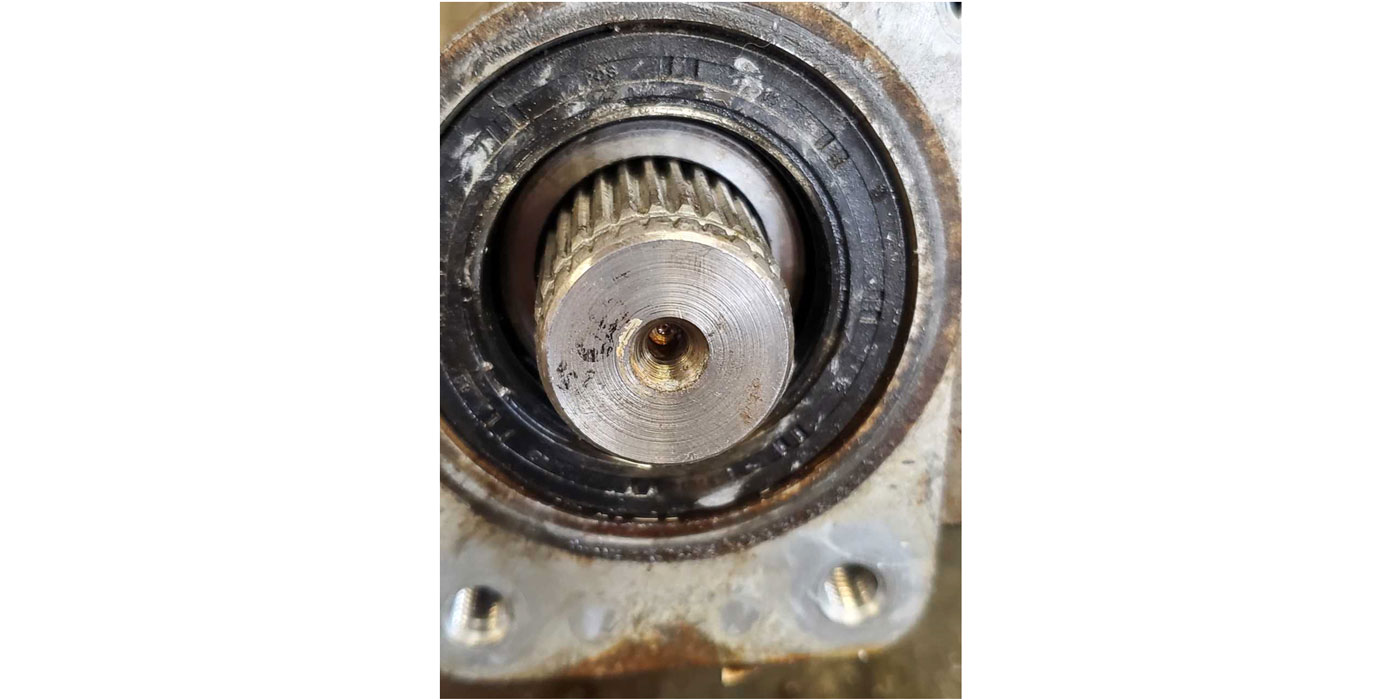 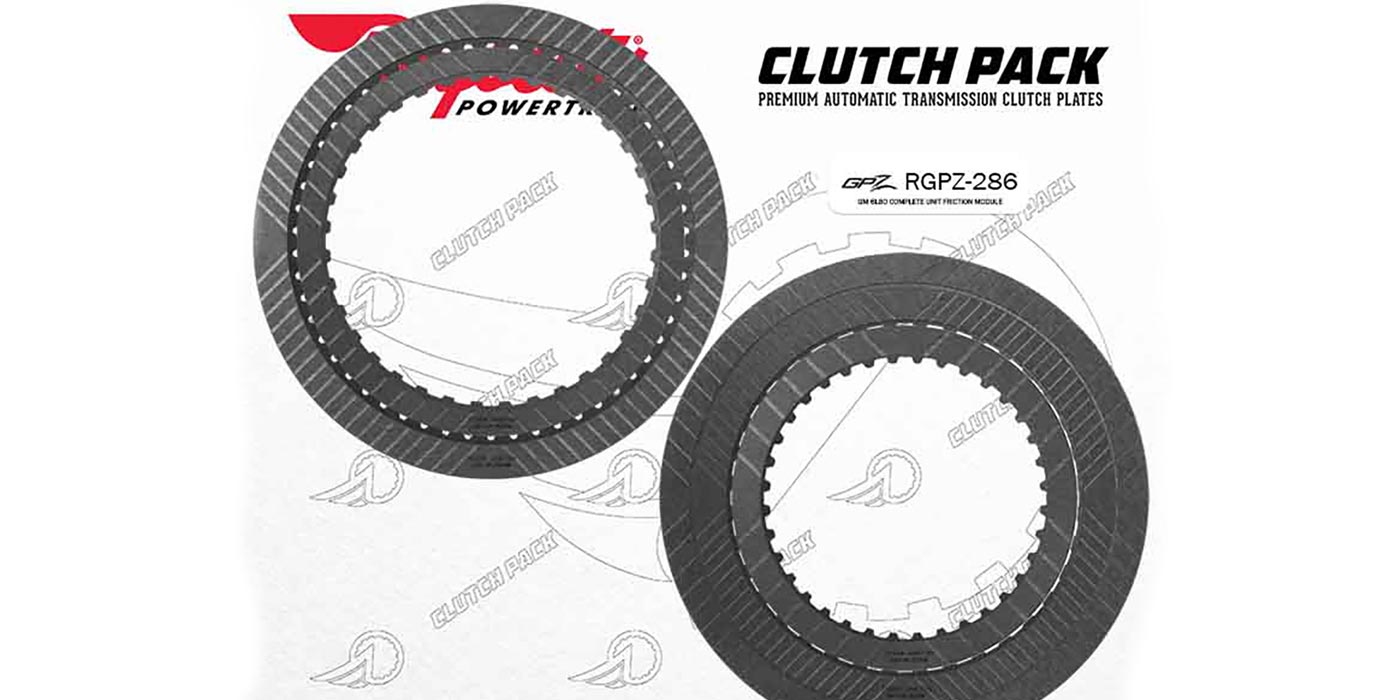