Getting out of a bind: Dodge 1500 545RFE transmission repair 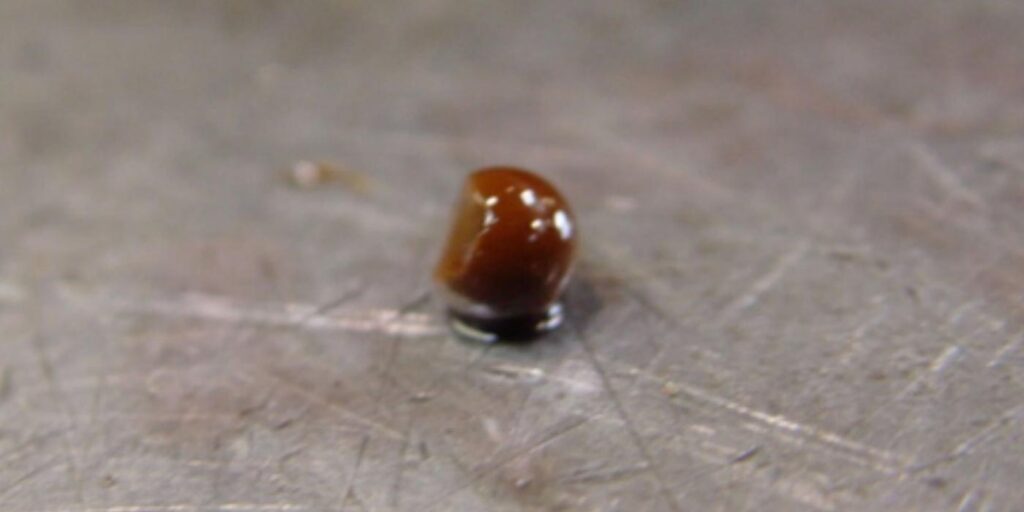 A 2005 Dodge 1500 using the 545RFE transmission came into Fisher Auto Transmissions in Fairfield, New Jersey. It had a combination of both a bind-up on a 3-4 shift with code P0765 for a UD Solenoid Circuit Error being set. There was a time when these transmissions would have check-balls in the valve body that would disintegrate like the one seen in figure 1 (above).

When the number 2 check ball (figure 2, above) would do this, it would allow pressure to get past the ball and keep the UD circuit charged (figure 3, below) when going into fourth gear causing the bind-up to occur.

Since then, different materials are used which prevented junks of the ball to break off. But one could miss putting a ball in that location and still have this issue. In this case, with having a P0765 code accompanying the complaint, Bob Perry decided to perform a circuit check for the UD solenoid circuit.

The initial test revealed that the wire was not broken. The UD solenoid is a normally applied solenoid and is driven on the ground side of the coil. This means that when the solenoid is not being energized, the UD clutch is applied. The solenoid needs to be energized to release the clutch which it needs to during a 3-4 shift event. If it does not, a bind-up occurs.

With Bob having just confirmed that the wire is not broken, the next step was to monitor the signal command on the wire. A voltmeter can be quickly used for this check. By probing the positive lead into the C4 connector (figure 4, above) wire number 8 (figure 5, below) with the negative lead grounded, when the solenoid is off, 12 to 14 volts should be observed (figure 6, below). When the solenoid turns on, a drop in voltage to approximately 9 volts should be seen (figure 7, below). If it does not, the TCM/PCM driver has failed, and a defective computer has been confirmed. That was the case with this vehicle. Bob also noticed that the vehicle was unable to perform a quick learn while this condition existed. Once another TCM/PCM was installed, quick learn was functionable and the bind on the 3-4 shift was resolved.

This particular call was of interest to me as in the early ‘80s I worked at Fisher Auto Transmission myself as an installer for a short time when Pete Fisher ran the shop (may he rest in peace), with Larry Fisher handling FATSCO on the second floor. It was a nice flashback. I am glad they got out of this bind.