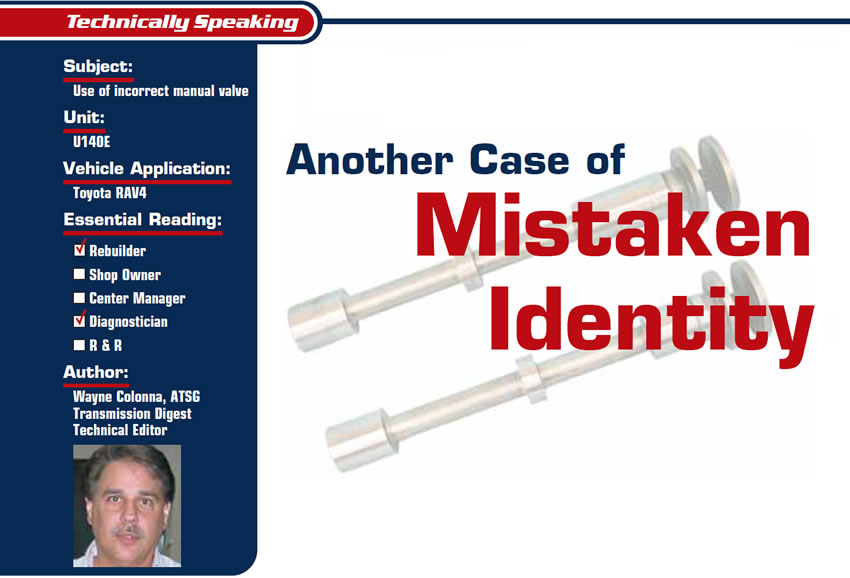 I recently was informed of an interesting scenario by a good acquaintance, Dave Gombash, in Chicago. It concerned a time when he had to replace a U140E valve body in a Toyota RAV 4.

Figure 3 is a line drawing of the two valves with dimensions of spool and manual-valve lengths to assist you in recognizing the difference between the two. Apparently what happened to Dave is that he had received a U140E valve body with a U150E manual valve in it from the hard-parts supplier. Another case of mistaken identity!

Another Case of Mistaken Identity