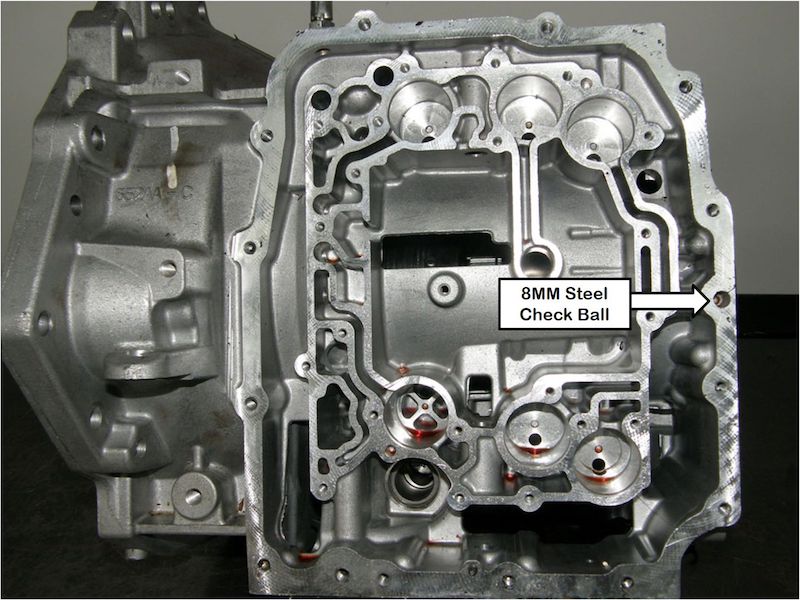 Most seasoned techs have several quick diagnostic steps they take when faced with a transmission malfunction. The type of problem and transmission determines which steps to take. For example, a “no-move” condition.

If it is a fresh install, the most obvious diagnostic step is to know how much fluid it took. If it only sucked up four quarts and remained full, even after start-up, the pump is not drawing up any fluid. This most likely indicates a filter problem or a pump problem, so a pan drop (if available) would be the first step in determining the cause of the problem.

Of course, if it was a novice who installed the transmission, a damaged pump may be the most likely cause. Not getting the converter into the pump correctly will always be a disaster. So, the diagnostician must also consider the quality of workmanship involved. But, if the transmission did draw up all the fluid and there was still a no move condition, pulling the return cooling line is a quick way of determining if the converter is being supplied with fluid.

Some will just place their hand on the cooler input line to see if it is warm to determine cooler flow. Doing this is a bit risky and not advisable. Using a temperature laser gun would be a better option. Otherwise, it is best to safely pull the return line for this type of inspection. And if there is no cooler flow, the converter charge circuit is compromised, causing the no move condition.

The next step in the diagnostic process would be transmission dependent. The converter charge circuit begins at the pressure regulator valve. The differing location of this valve along with all the related converter valves would determine if an in-car repair might be possible. Otherwise, the transmission will need to be removed. Either way, if available, a line pressure check can be helpful at this time.

If the pressure regulator valve stuck in the “High Line” position, it will restrict converter fill. This information provides a focused investigation as to the cause of this valve being stuck in this position preventing converter charge. Besides, if pulling the return cooling line did reveal cooler flow, a line pressure check would be the next most logical diagnostic step to take anyway. If line pressure is good, the manual valve not being connected would be at the top of the list for this no move condition.

As an example of what may be common in one transmission and not another, is the 5R55S and W transmissions. They are well known to have the pressed in turbine spline strip away from the piston causing a no move condition. Figure 1 shows a picture of a converter shop that had welded this piece back into place as an inexpensive repair. This is quite rare in many of the other transmissions on the road today so this would not be at the top of the list of possibilities.

But, if line pressure is low in both forward and reverse, several possibilities come into play. A bad pump, a stuck pressure regulator valve in the low-pressure position, possibly a filter problem such as a faulty filter seal or the pan is pushed into the filter. Removing the pan (if available) to check on the filter would be a quick check to make before committing to the removal of a valve body or transmission.

Mike from Transmission Unlimited dealt with an interesting example of this when a 2012 Dodge Caravan came in with a no-move condition. The fluid revealed a badly burnt 62TE transmission. After the rebuild, they still had a no-move condition. Since it was just rebuilt, Mike decided to do a quick line pressure check as it was easy enough to do. Line pressure was under 30 psi. ATSG had dealt with a similar situation where a pressed in check ball that seals off the low/reverse clutch circuit was missing (see Figure 2). It was asked if they had found a missing check ball during the rebuild. Mike said they had. With that answer, the side pan was removed to see if this ball was missing and it was not. It was then suggested to blow air into the main line port to see if this would reveal a leak, which it did. Mike heard a tremendous amount of air blowing into the lower pan.

When this pan was removed and air was blown into the pressure port, he saw air come out of a hole located next to the filter suction port. This hole is supposed to have a check ball pressed into it –  as seen in Figure 3. Notice that it is directly below the line pressure port. The check ball seals the line pressure going to that port. With it missing, a large pressure loss occurred preventing the transmission from being able to move the vehicle. It would not be long before it would be as badly burnt as when it came in. Once this hole was tapped and plugged, the transmission functioned as designed. Aside from considering a missing L/R sealing ball, this example shows that simple, quick and basic diagnostics can either resolve a problem or point you in the right direction in a reasonable amount of time.

In this article:62TE, No movement