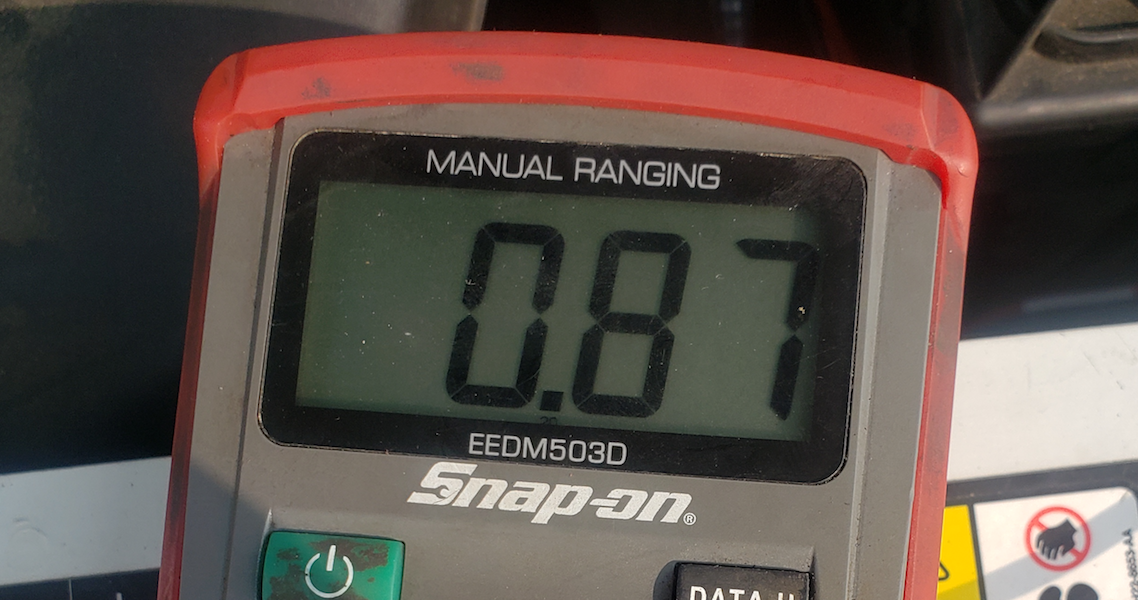 The shifter knob would come up out of the console and allow the driver to move it from Park to Drive once, then freeze in the Drive position.

Imagine you’ re walking along, and you come upon a sign in your path that says: “Caution! Wet Concrete!” Your brain automatically says: “I better not proceed, I could get stuck, I could get hurt, I could spend the rest of my life here!” These are just a few things that may pop up in your mind (or controller) and cause you to stop moving forward.

If we apply that scenario to our transmission problem, we would ask: why did this vehicle not want to come out of Park? Why won’t it move forward?

The vehicle was a 2015 Land Rover Evoque equipped with the  9-speed automatic (designed by ZF) front-wheel drive transmission (948TE). It arrived at our facility with the a number of DTCs. The codes that we found in the transmission control module were: P0850, P0933 and P0936. Our customer’s complaint was that the shifter knob would come up out of the console and allow the driver to move it from Park to Drive once, then freeze there in the Drive position. After shutting off the vehicle, the shifter knob would move back to the Park position and stay there. It’s noteworthy to mention that the vehicle was at all times in the Park position.

A technical bulletin that we found (TSB LTB00986NAS1, Aug. ’16) explains the vehicles it covers and one of the potential causes of the codes listed above. I encourage you to look it up and read it carefully. This TSB explains that the TCM must be up to date (Fig. 1 highlighted in purple), and if any other codes are solenoid/electrical related, the internal wire harness should be replaced (Fig. 1 highlighted in red).

I had the TCM software updated and decided to replace the internal wire harness (Fig. 2) because the vehicle also had a P0850 code related to the Park solenoid.

After replacing the internal wire harness (approximately $1,200 Canadian), I  no longer had the P0850 code return. However, the P0933 and P0936 pressure sensor codes returned, and the vehicle continued to get stuck in Park.

The TSB mentioned above states that if the P0933 & P0936 codes return after replacing the internal transmission wire harness, you can submit a technical assistance (TA) request for help (Fig. 3 blue circle, middle bullet point).

While many of us don’t have ability to call the manufacturer’s tech line… I’m pretty sure that tech support would suggest we purchase a new Valve Block/Valve Body because that’s the only way to get the transducer sensor that threads into the valve body ($2,500 Canadian, approximate retail).

Allow me to share how I checked the transducer on the valve body with a voltmeter and a scanner. I will also share with you where you can purchase the transducer on its own (approximate $150). But first, I noticed that the vehicle would drive fine until it got hot, then it would set the code P0933 P0936 and then stay in park.

For example,  this is what I observed on my voltmeter and scanner. The signal voltage return to the TCM in the Park, Rev, and Neutral position (Fig 4), with the system functioning correctly, shifting from Drive to Neutral,
I would see the voltage jump from 0.542 to 0.647 volts then return to 0.542. The clutch voltage data would never go above 0.7 volts. You can observe the clutch voltage data with a scanner. Look for the “clutch voltage data” in the data list. This data should match the return signal on
your voltmeter.

This is a three-wire controlled transducer. We used the ATSG 2016 page 105 to identify the wiring on our vehicle. Always confirm the correct wiring for the vehicle that you are working on. The wire schematic (Fig. 5) shows a 5-volt feed to the sensor on pin 15. The ground wire to the TCM is pin 17, and the signal return wire to the TCM was pin 16. Pin 16 is the voltage return signal data referred to as the “Clutch voltage data” on the scanner.  Of course, it’s much easier to look at the scanner data rather than tap into the wires to see the data. Here’s what I observed in Fig. 6 before the vehicle was repaired.

The clutch voltage data would rise slowly as the transmission got hot, yes, even just idling in Park. Remember, this voltage should only change a little when you move the selector from Drive to Neutral. My troubled trans would start around 0.542 (that’s where it should be), and once it got around 0.8 of a volt, the P0933 and P0936 codes would set, and the vehicle would then get stuck in Park. I noticed the clutch data voltage rise to 1.8 volts as the vehicle got hot.

Once we replaced the transducer and reinstalled the valve body, the “Clutch voltage data” on the scanner and our meter displayed 0.546 volts and only jumped one point to 0.647 during the “A” clutch movement (from Drive to Neutral).

So you could say the controller in this Land Rover stopped dead in its tracks (or Park) because it began to read a sign (voltage) from the transducer saying: “The A clutch has moved! The A clutch has moved when Drive hasn’t been selected yet!” When the controller notices the driver put the vehicle into Drive, it becomes worried and confusing because it’s being told that the “A” clutch is exhausting; so it says to itself: ‘I better not proceed, I could get stuck,  I could get hurt, I could spend the rest of my
life here!’

Fortunately, I was able to purchase the transducer separately and save $2,000 from Franz at Eurowa in Montreal, Canada, (514) 487-1032. If you run into this problem, Franz has access to these transducers separate from the valve body.

In this article:948TE, Land Rover, No movement, ZF

TASC Force Tips: How to Avoid a Dipstick Move in 4L60-E Series Transmissions
Connect with us 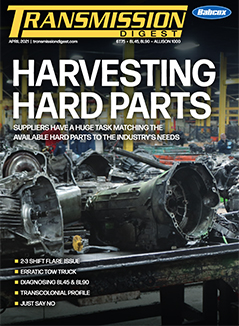 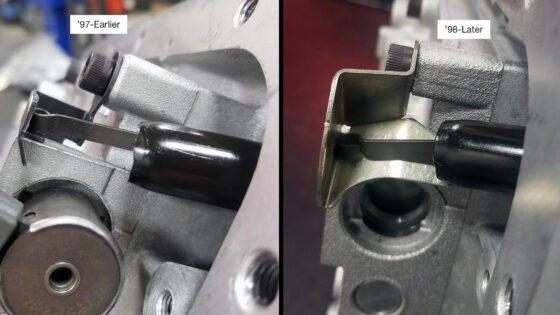 TASC Force Tips: How to Avoid a Dipstick Move in 4L60-E Series Transmissions 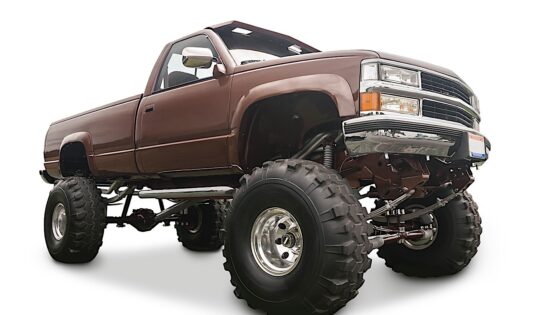 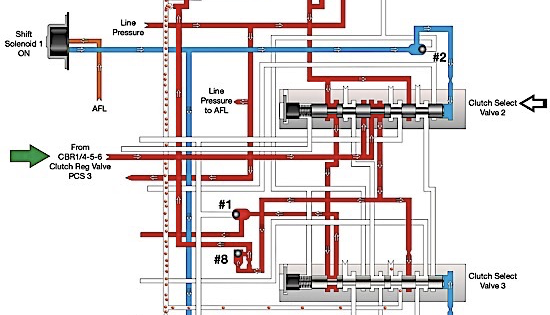